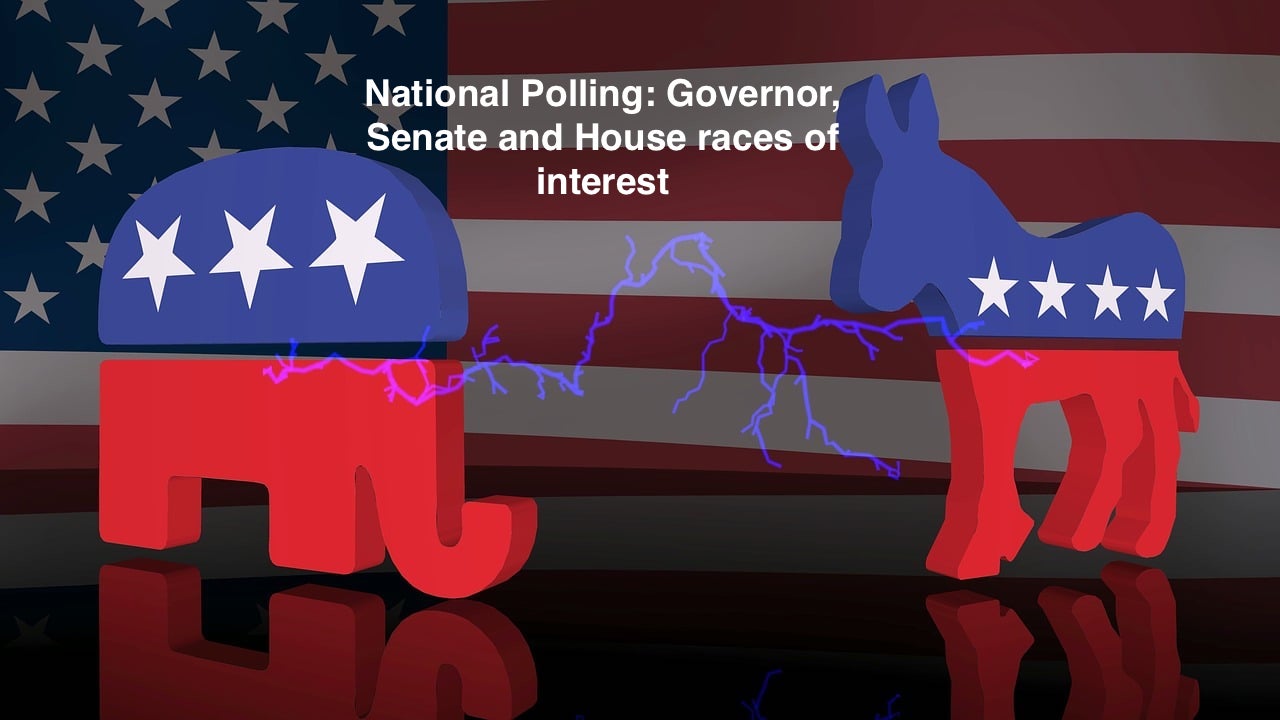 Now that Early Voting has ended in Maryland and we look forward to Election Day on November 8th I thought I would take a look at some national polling via Real Clear Politics (RCP) to see what we are looking at across the county in the races for Governor, Senate and House races. 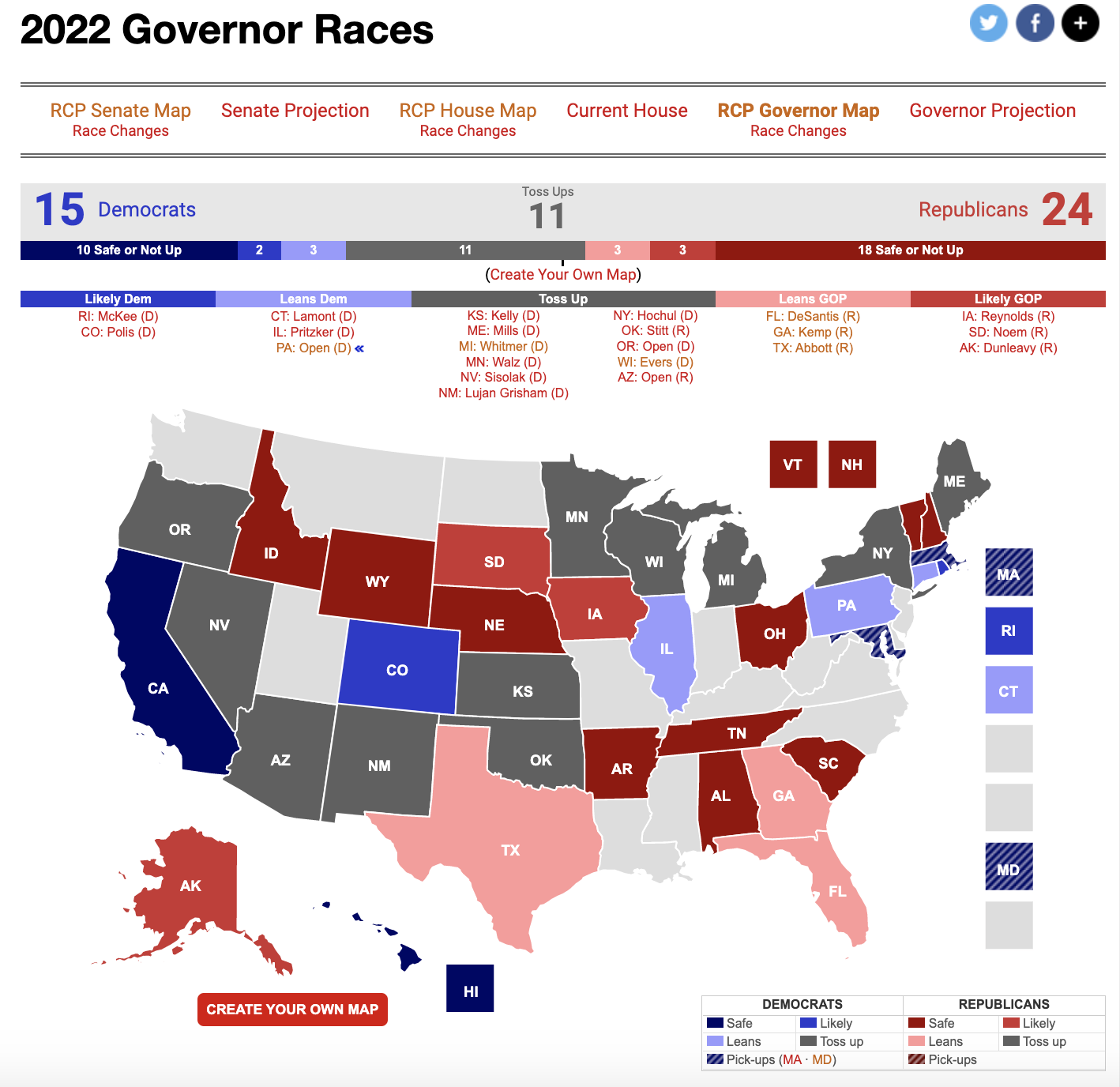 The 5 races I am watching:

Some other races to watch: Texas, Florida, Michigan, Wisconsin, Oregon and Minnesota. 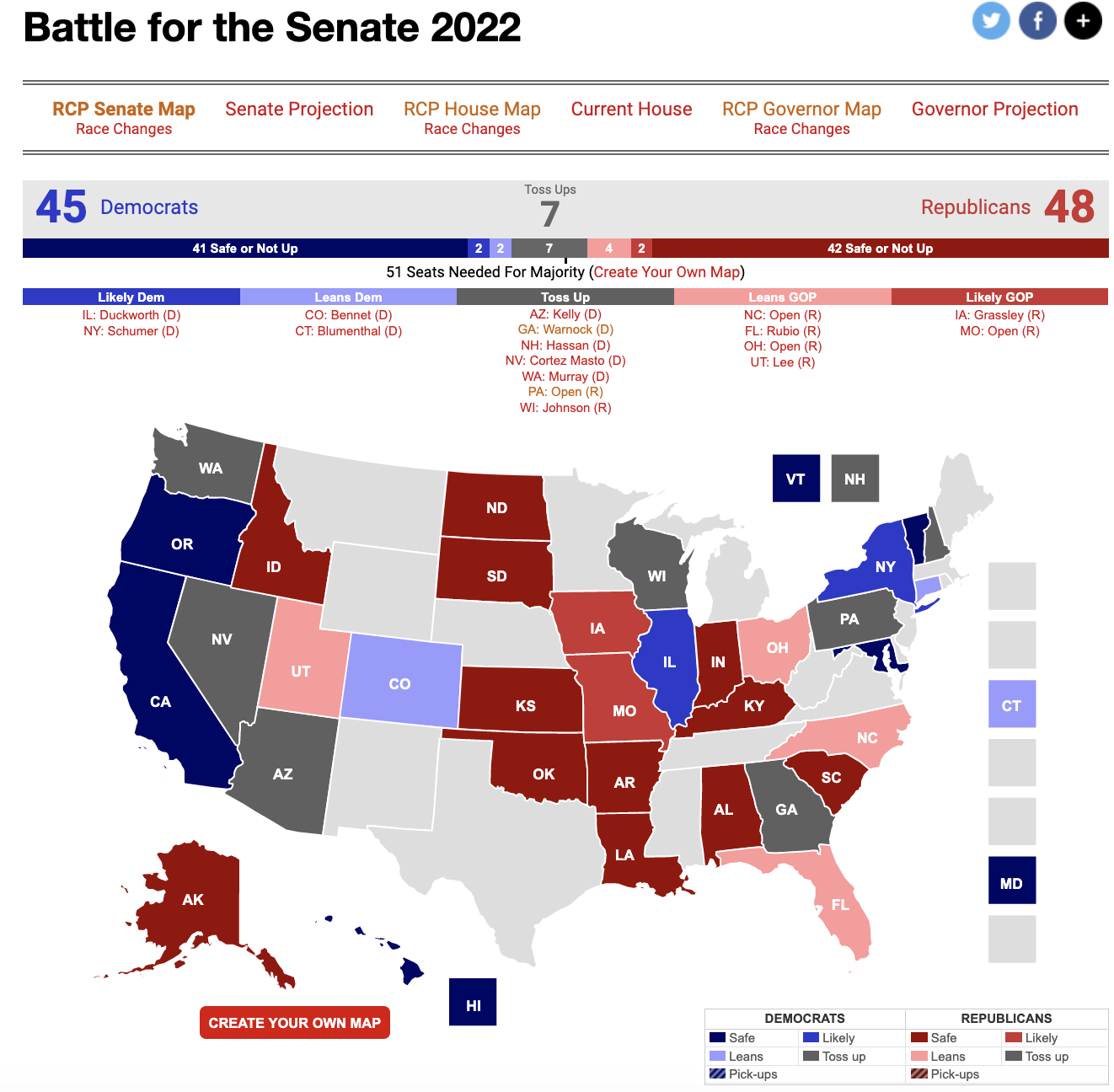 The 5 races I am watching:

Some other races to watch: Florida, North Carolina, Arizona, Colorado and Washington. 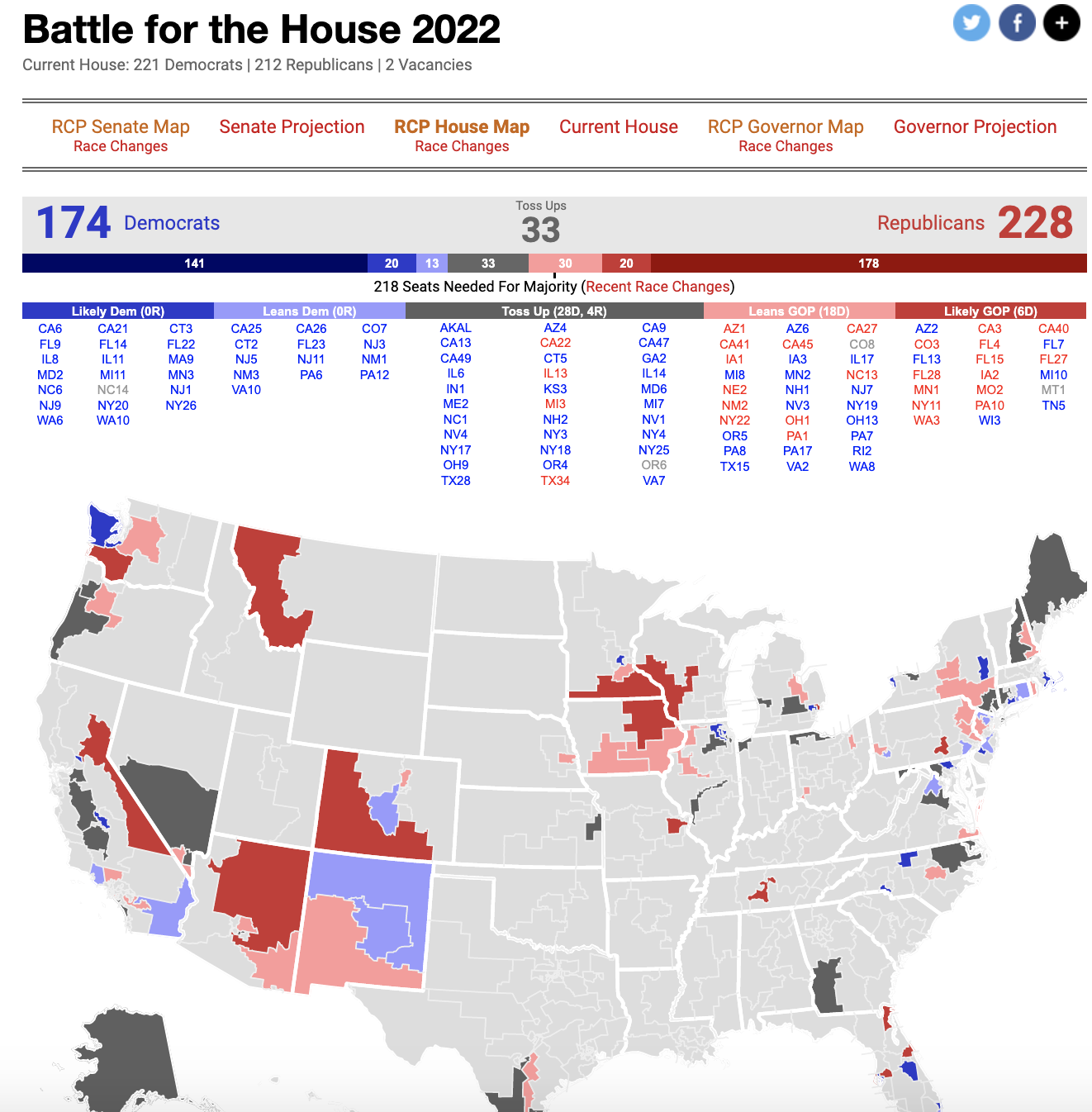 Races I am watching:

Other items of interest in Maryland:

The National Republican Congressional Committee (NRCC) has put three of the races above as “On The Radar” (Districts 2, 3 and 6) so they have taken an interest in these races and may have some internal polling showing that there are real possibilities in 2022 to pick up some of these seats: 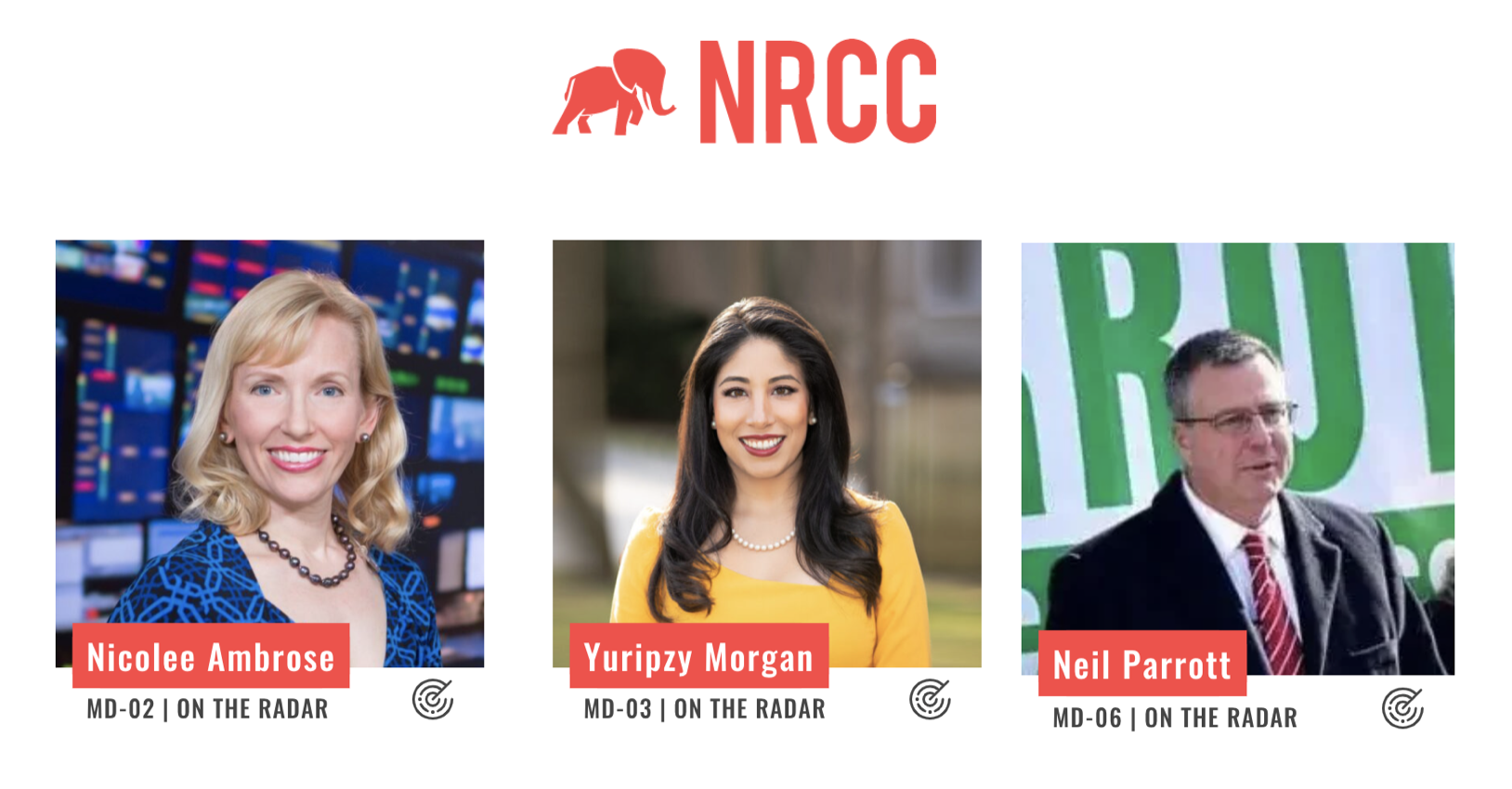 President Biden will be visiting Maryland on Monday (Learn More). He is scheduled to be in Columbia (Now it looks like President Biden will be in Bowie, Maryland on Monday (SOURCE) so I am not sure if he is making one stop or multiple stops in Maryland on November 7th) – so he will be in Congressional District 3 on the day before the election. This adds to the speculation that maybe there are some close races here in Maryland that are flying under the radar.

There are no outside of Maryland House races I am watching closely…more just watching to see what the total of representatives (by party) will be after November 8th. It is very much looking like the Republicans will take over the house next year.

That is my look at some things happening across the nation as we head towards election day (November 8th).