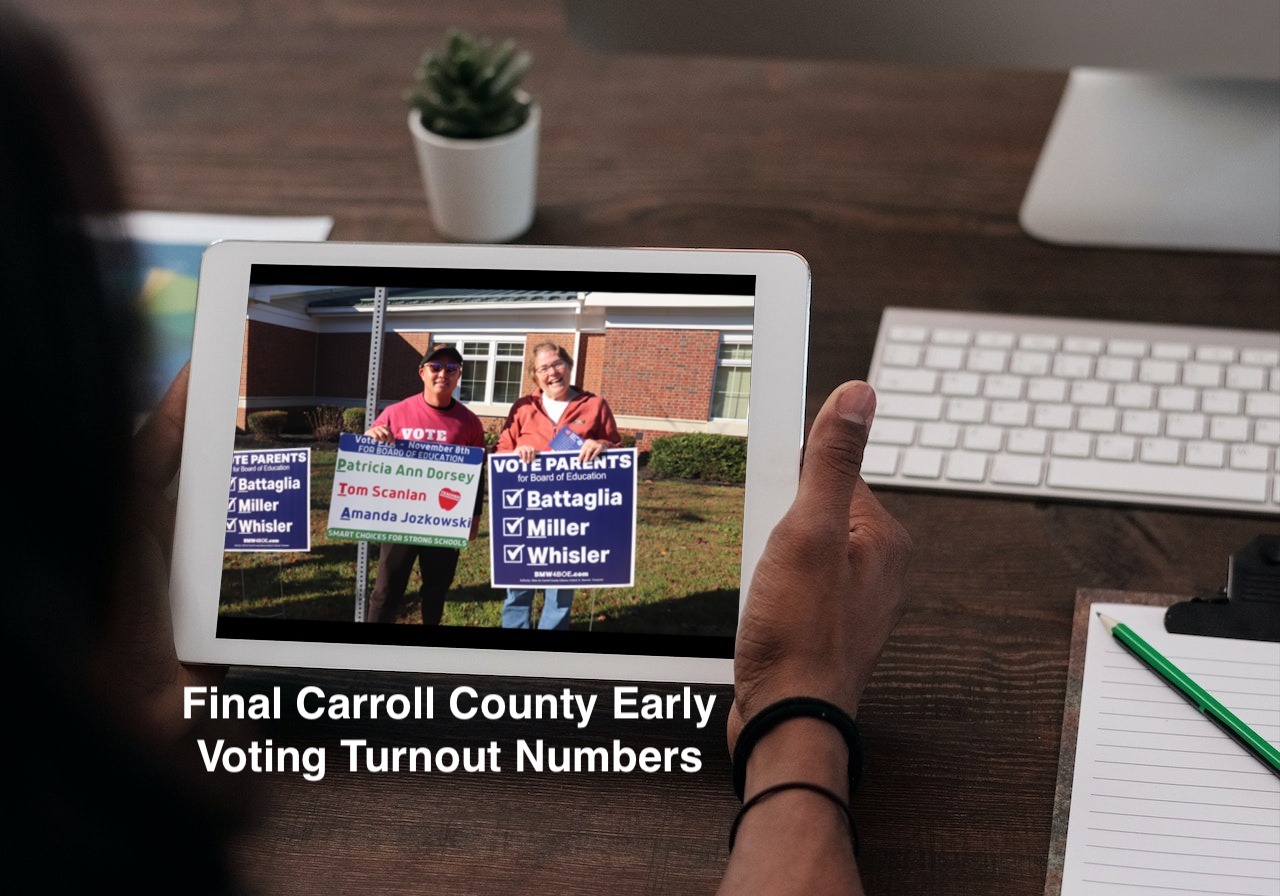 The eight days of early voting in Maryland came to an end yesterday (November 3rd).

Here is a recap of early voting in Carroll County through day 8:

The 14,211 votes cast to date makes up 11.14% of eligible voters in the county. This percentage continues to top the statewide early voting % turnout (9.26% statewide) 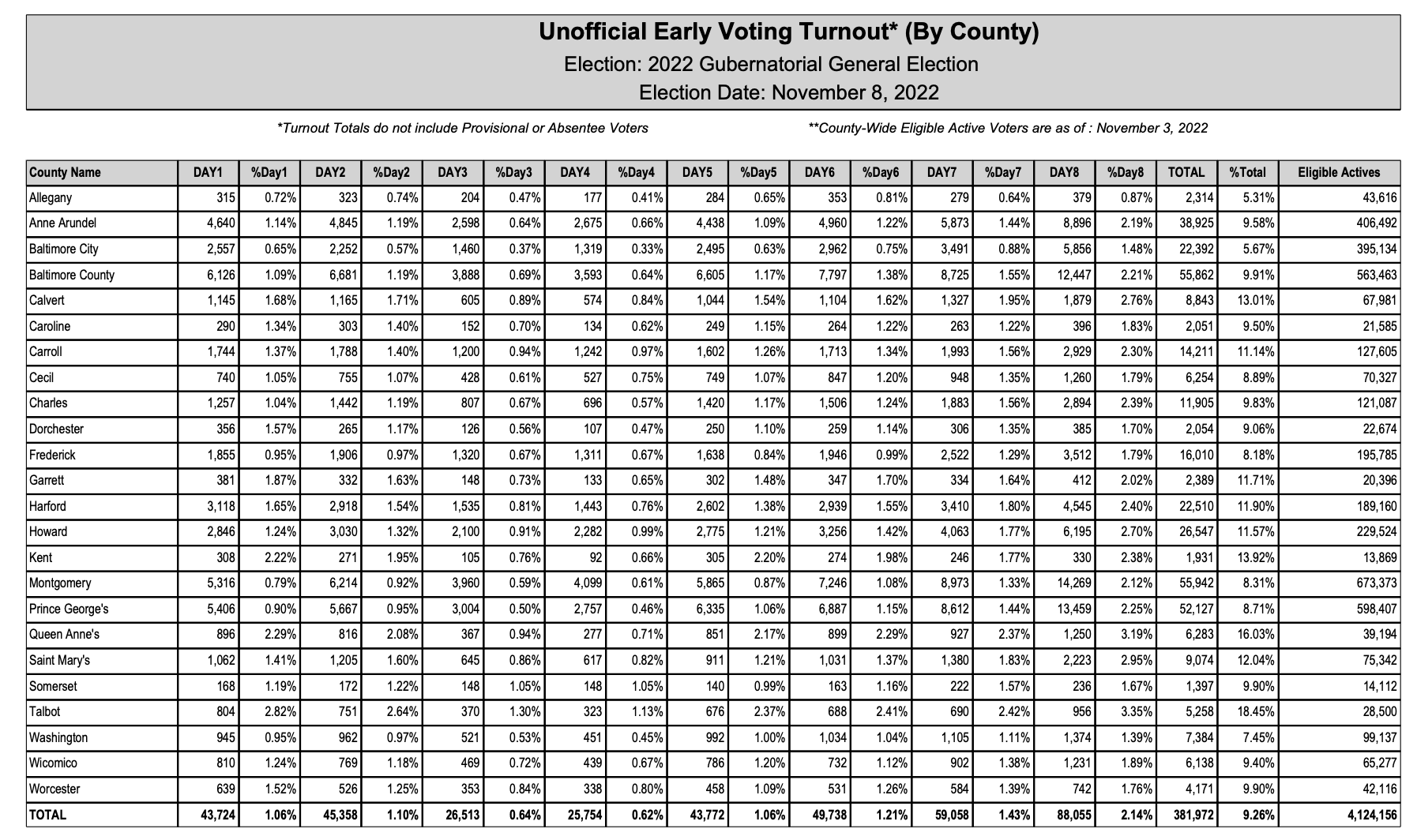 Fun Fact: Of the jurisdictions in Maryland with over 100,000 eligible voters…Carroll County has the third highest percentage of early voters to eligible voters:

Obviously mail in voting has likely changed how many people come out and vote early. The question that should be asked…do we still need 8 days of early voting now that we have a significantly expanded mail in voting system in Maryland? Something to think about for the future.

Looking back at the past 3 Gubernatorial elections:

Here is a look at mail in voting for the 2022 General Election as of November 3rd (the latest information available): 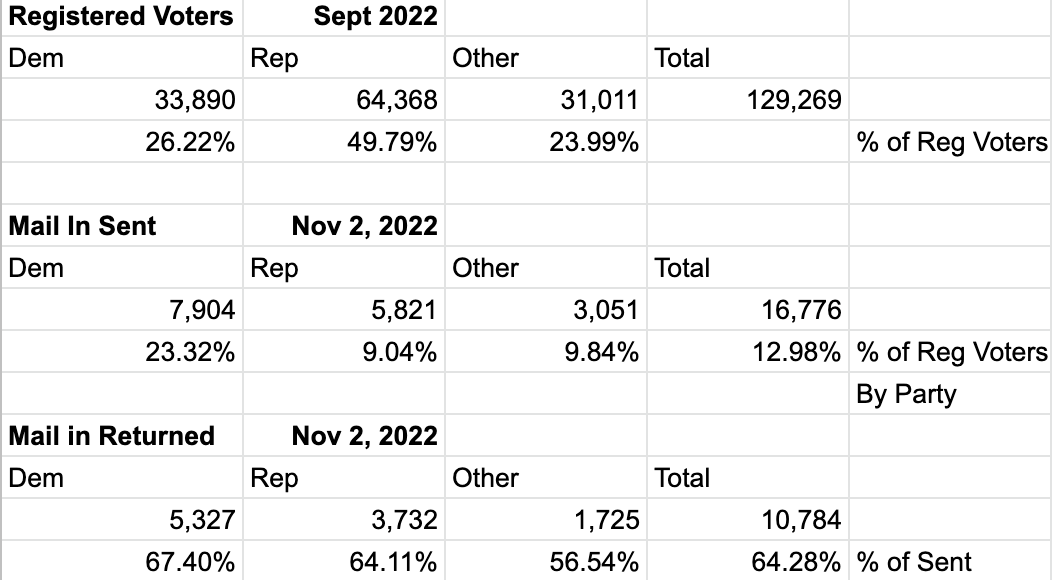 Here is the latest total voter turnout (focusing on the 10 largest counties in the state of Maryland) as of November 3rd:

The Observer will continue to watch and report on the Mail In votes returned up to Election day. Be sure to follow The Observer on Facebook for the latest updates: https://www.facebook.com/CarrollObserver