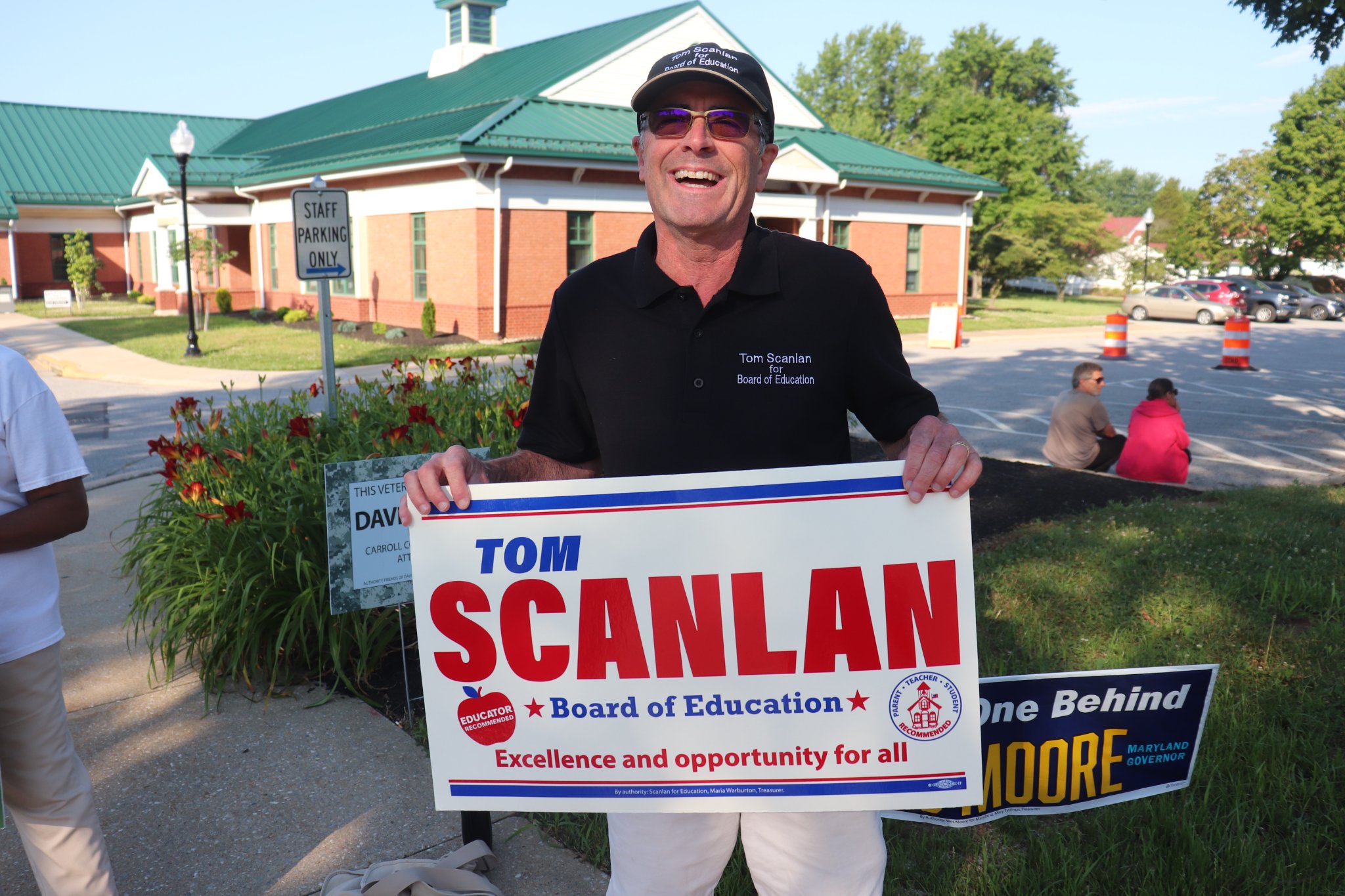 Is Tom Scanlan a Republican or a Democrat has become a topic of conversation late in the 2022 Primary for Board of Education in 2022.

In a recent article from Maryland Muckraker (Tom Scanlan declares he is a Republican, his record clearly shows otherwise) there is some good and detailed information on this topic.

The Observer has been watching Tom’s campaign from early on…even conducting an online interview with him back in the Scott E’s Blog days…and we have done our own research on this topic. I have also talked to Tom (off the record) about the incident in question noted in the Muckraker article. Because it was off the record I will not get into the details except to say the incident may be blown out of context a bit…but…

Because of that comment (specifically Tom noting that he is a registered Republican) The Observer feels obligated to mention the following:

The bottom line is that Tom Scanlan is not a Republican. He is clearly a Democrat.

Tom may have changed his registration in 2022 to participate in local elections due to the lack of Democrats running in local elections in Carroll County in 2022. I understand this as much as anyone (having lived in Howard County for nearly 20 years and watching one party rule that county).

The bottom line is that no matter the party registration of a candidate running for Board of Education we should choose those that represent what we want for the kids in the school system. The “party” letter next to their name should not be the all encompassing deciding factor in who we vote for in these elections. (That is just my own personal opinion).

BUT ALSO…candidates asked about this (party registration) should be upfront and honest about it. Especially when the public can Google your name and find out.

I feel it is pretty clear which 6 candidates will move forward in the 2022 Primary for Board of Education and on to the General Election where 3 will take seats on the Board of Education…so all of this now is not the biggest of deals today…but come November…maybe.

You can feel confident that The Observer will follow this race closely and hopefully get more interviews with the candidates in the coming months.

If you want more information about candidates running for Board of Education in Carroll County in 2022 be sure to view this Voter’s Guide: