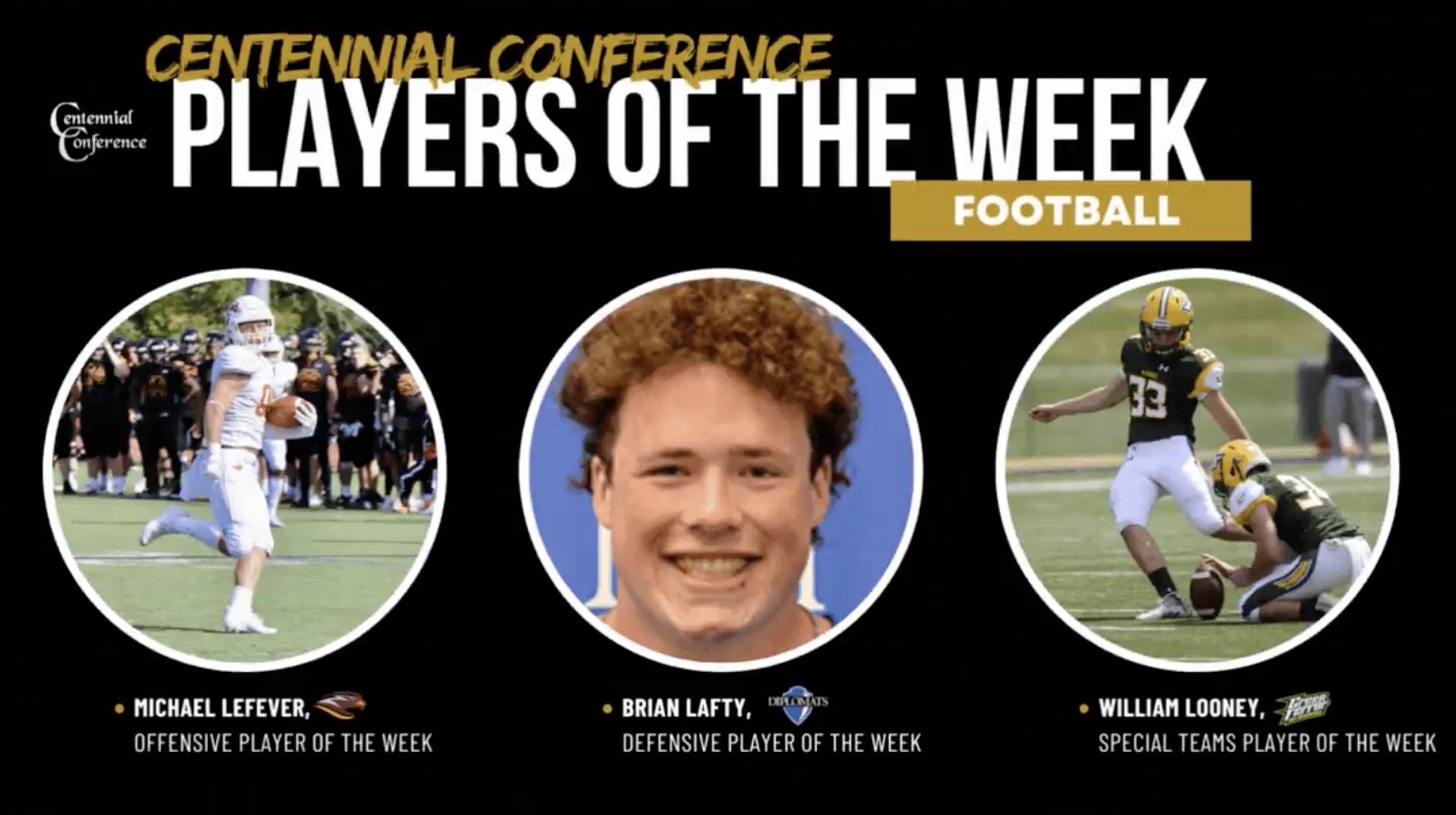 An announcement that has connections to Carroll County and Howard County. McDaniel College Kicker William Looney was named Special Teams Player of the Week on September 4th by the Centennial Conference. From the announcement:

Looney was 2-for-2 on field goal attempts in Saturday’s 37-27 loss to Catholic. He was also 3-for-3 on extra points. With 7:19 remaining in the first quarter, he connected on a career-long 43-yard field goal to give the Green Terror a 3-0 lead as they jumped out to a 20-3 advantage.

Here is the 43 yard field goal made in that game:

The Carroll County connection here is obvious: McDaniel College is located in Westminster.

The Howard County connection here is that William Looney hometown is listed as Columbia and he attended Atholton High School.

Help us welcome Will Looney to The Hill!

Here is a great account to follow to keep up with McDaniel College Football this season: https://twitter.com/GreenTerrorFB