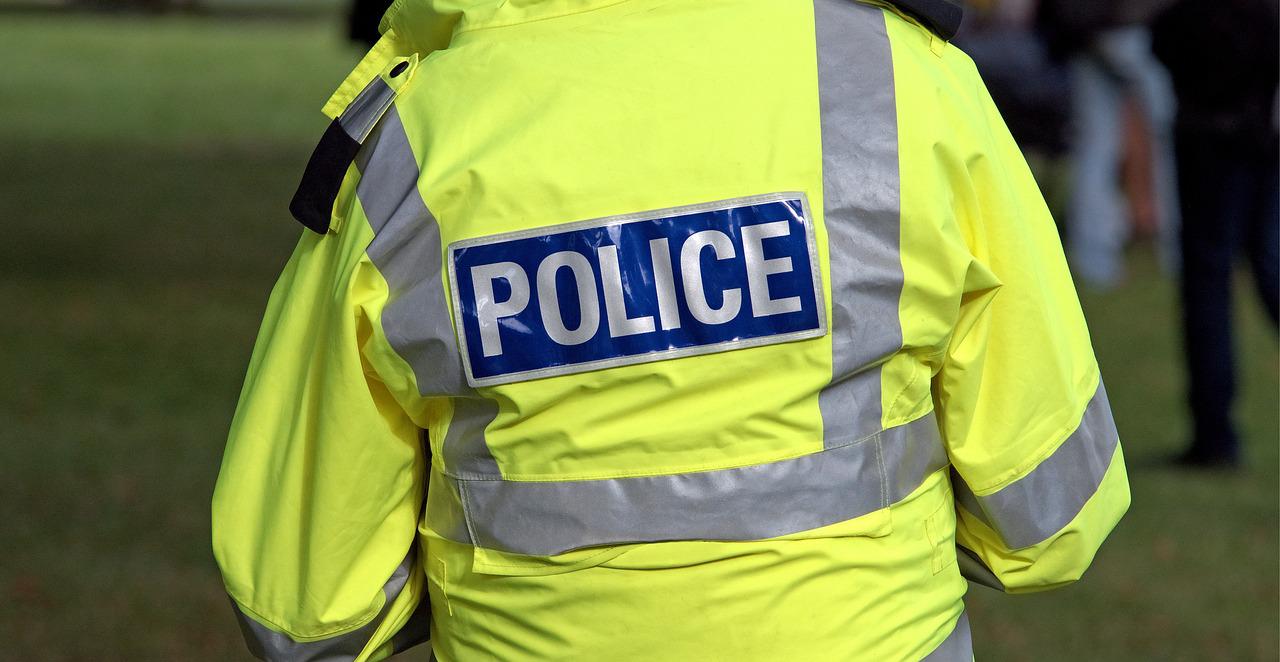 On 07/12/22, the Westminster Home Depot Loss Prevention Office reported a series of significant thefts of tools from their Westminster store. The suspect was reported to have stolen a significant quantity of tools from both the Westminster and Sykesville stores beginning in March of 2022. This case was assigned to a Detective in our Criminal Investigations Bureau. Our Detective discovered that this suspect was reported to have also committed similar thefts in Baltimore County, in Pennsylvania, and in Maine. Westminster Police Department (WPD) Detectives collaborated with Home Depot’s Loss Prevention Team, Baltimore County Police Detectives, the Carroll County Sheriff’s Office, and law enforcement from Pennsylvania and Maine to identify and to link this suspect to these numerous crimes. The suspect was identified as Aaron David Hoster (49 YOA).

The collaborative criminal investigation culminated in the 08/17/22 apprehension of Mr. Hoster here in Carroll County. He was served with two (2) arrest warrants obtained by WPD Detectives. He was also served with an arrest warrant obtained by Baltimore County Police. Maine law enforcement obtained criminal charges on Mr. Hoster, which are currently being used as a detainer pending an extradition hearing. Additionally, detectives from multiple police agencies served search & seizure warrants on Mr. Hoster’s hotel room and on his vehicle, resulting in the recovery of additional stolen merchandise. Charges obtained by WPD Detectives include:

See the original media release from the Westminster Police Department on August 18th: 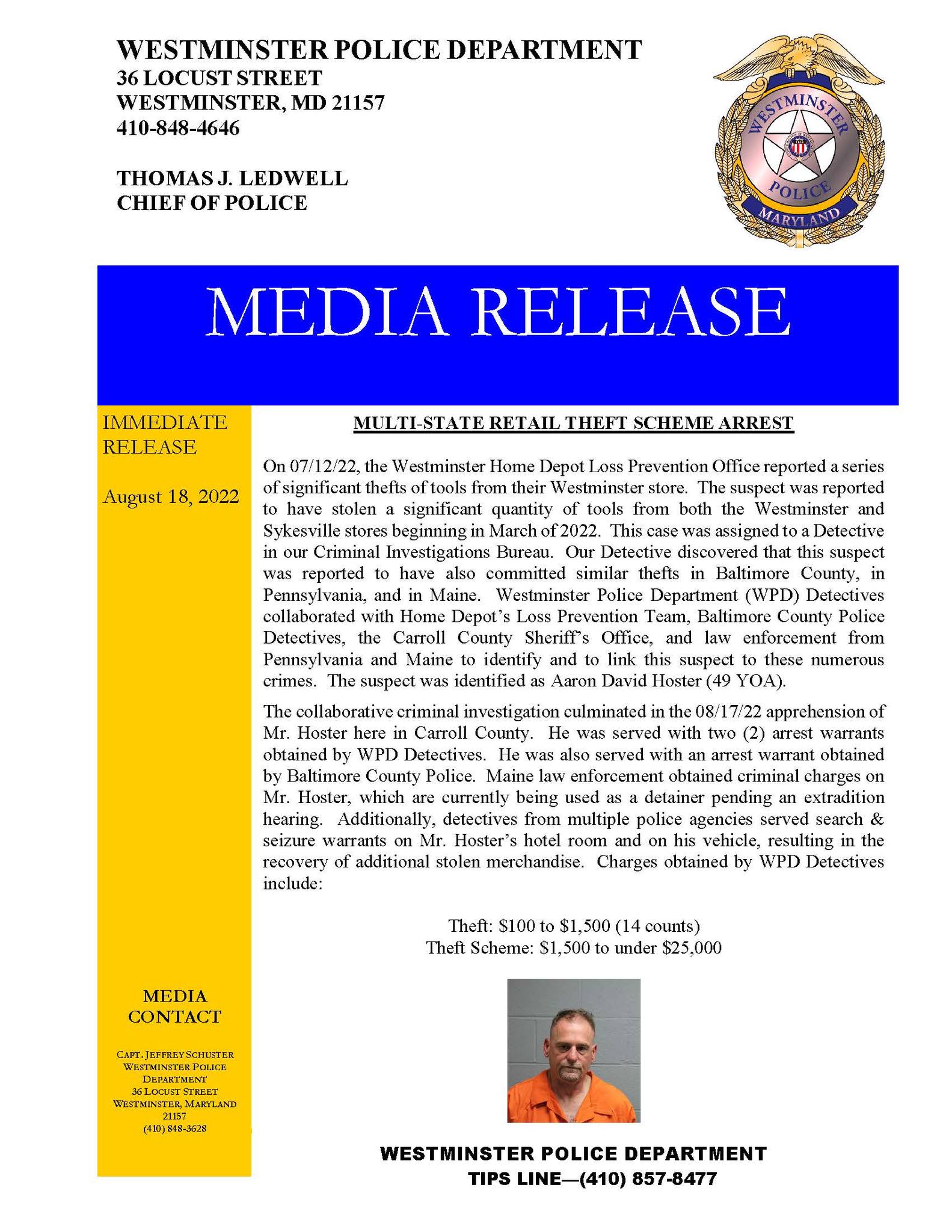