The following information is via press release from Ray Fava:

Ray Fava is a discerning mind and quick learner. He is unquestionably a devout Christian conservative who will uphold the rights and liberties protected by the Constitution without exception. As a husband and father of two daughters, he not only runs on conservative values, he lives them. With an educational background in accounting and entrepreneurship, Ray Fava is the most qualified to handle Carroll County’s budget.” Dan Cox

On Saturday, June 25th prior to receiving a phone call from President Trump at his rally, Ray Fava joined Dan Cox on stage to announce his endorsement in front of a crowd of around five hundred people. The Fava campaign welcomes this endorsement and is happy to see a conservative candidate for governor fostering the conservative movement on a local level. Ray Fava is also happy to support Dan Cox in the Maryland gubernatorial primary as well.

This endorsement comes after Ray Fava has been endorsed by the Tri-District Republican Club, the South Carroll Republican Club, and the Carroll Taxpayers Coalition. Ray Fava is running for county commissioner in District 1 of Carroll County which consists of the northwest area. The primary election is on July 19th. 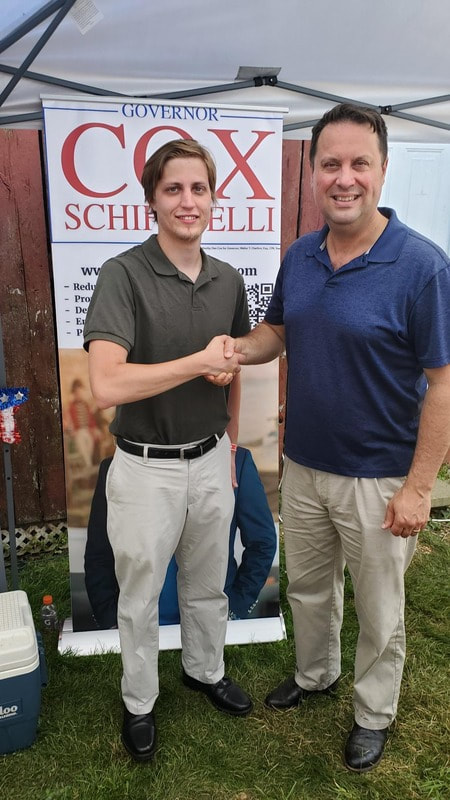 Here is additional information about the event from June 25th:

Noted in the article:

Learn about all of the candidates running in District 1 in this Carroll County Voter’s Guide:

Here is information about the latest campaign finance reports for candidates running in District 1: