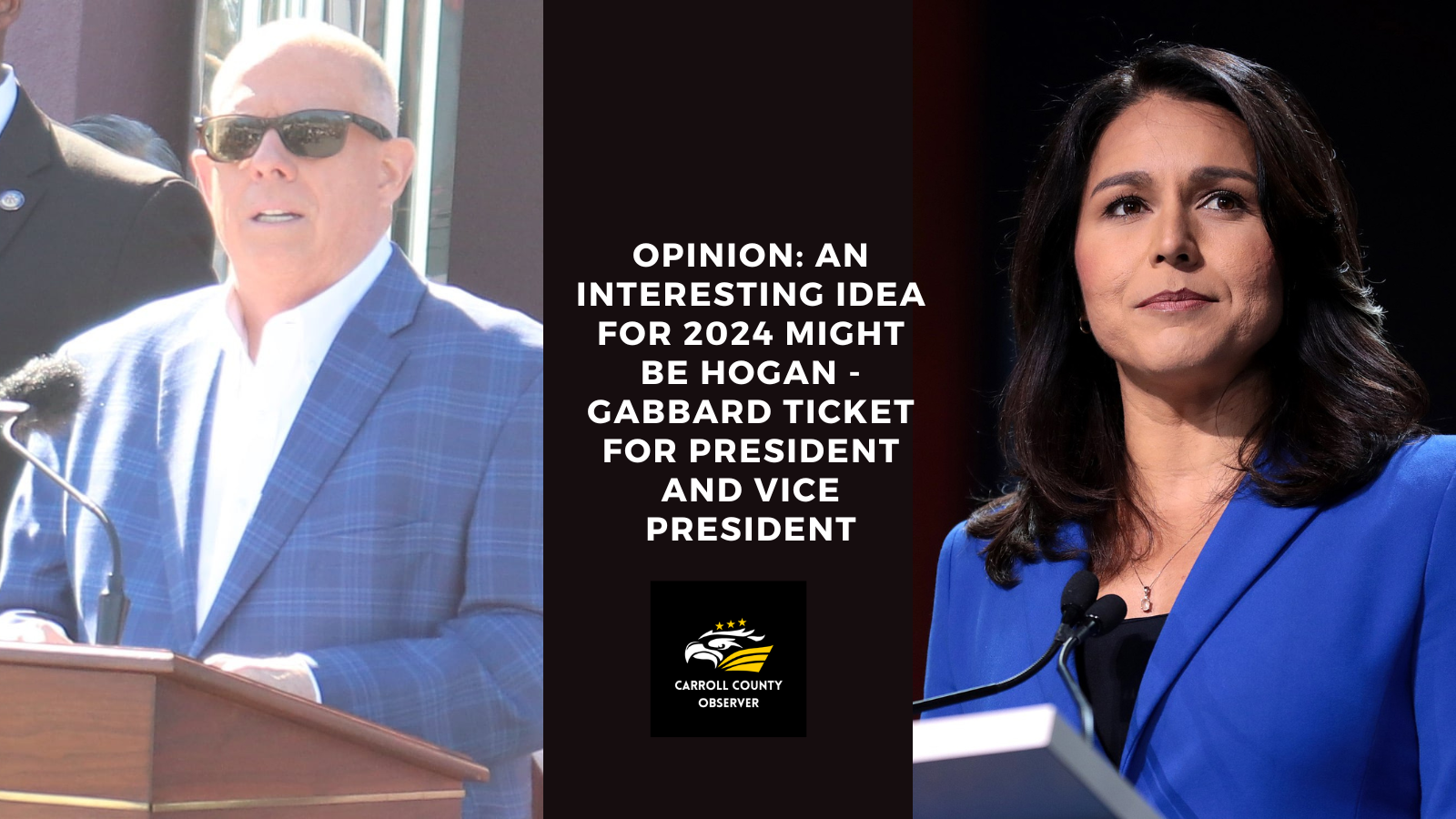 I know the Presidential race in 2024 seems like a LONG TIME AWAY from now (especially with the mid term elections just about to happen…November 8th) but I find it is always interesting to look at the possibilities.

One thing seems clear to me..current Maryland Governor Larry Hogan seems like this (President of the United Stated) is a job he is interested in pursuing in the future. Read this: In New Hampshire, Republican Larry Hogan touts accomplishments as Maryland governor, noncommittal about 2024 plans. I kind of feel like you do not spend this much time in Iowa or New Hampshire unless you are looking at the possibility of running for President.

So IF Larry Hogan runs as an independent for President…he needs a running mate that can help get votes across the isle….that is just a reality. So where does he go for that? Well, maybe former Congresswoman Tulsi Gabbard could be the running mate on that ticket to get votes from “common sense independent minded Democrats” (as well as more than a few Republican voters).

Tulsi Gabbard recently announced that she is leaving the Democratic Party…so maybe she would be open to running as a Independent in the future:

Tulsi Gabbard announces she is leaving the Democratic Party

So Hogan COULD run as an Independent…and Gabbard left the Democratic Party…so could the two of them join together and make some waves….well…maybe.

Let me also say that if this ticket is flipped to a Gabbard / Hogan Independent ticket…still potentially equally strong with moderate Republicans and moderate Democrats.

In a recent PEOPLE Magazine article (September 14th): Who Will Run for President in 2024? Rumored Republican and Democratic Candidates...here are some candidates they list for 2024:

Those are the top 5 listed in the article…see the full list (19 potential candidates) here: https://people.com/politics/2024-presidential-candidates/

If I were to guess today who might run on the Democratic side and Republican side in 2024 and who might have the best chances of winning…I would go with:

Have other candidates you think might run and would be strong candidates? Let me know in the comments.