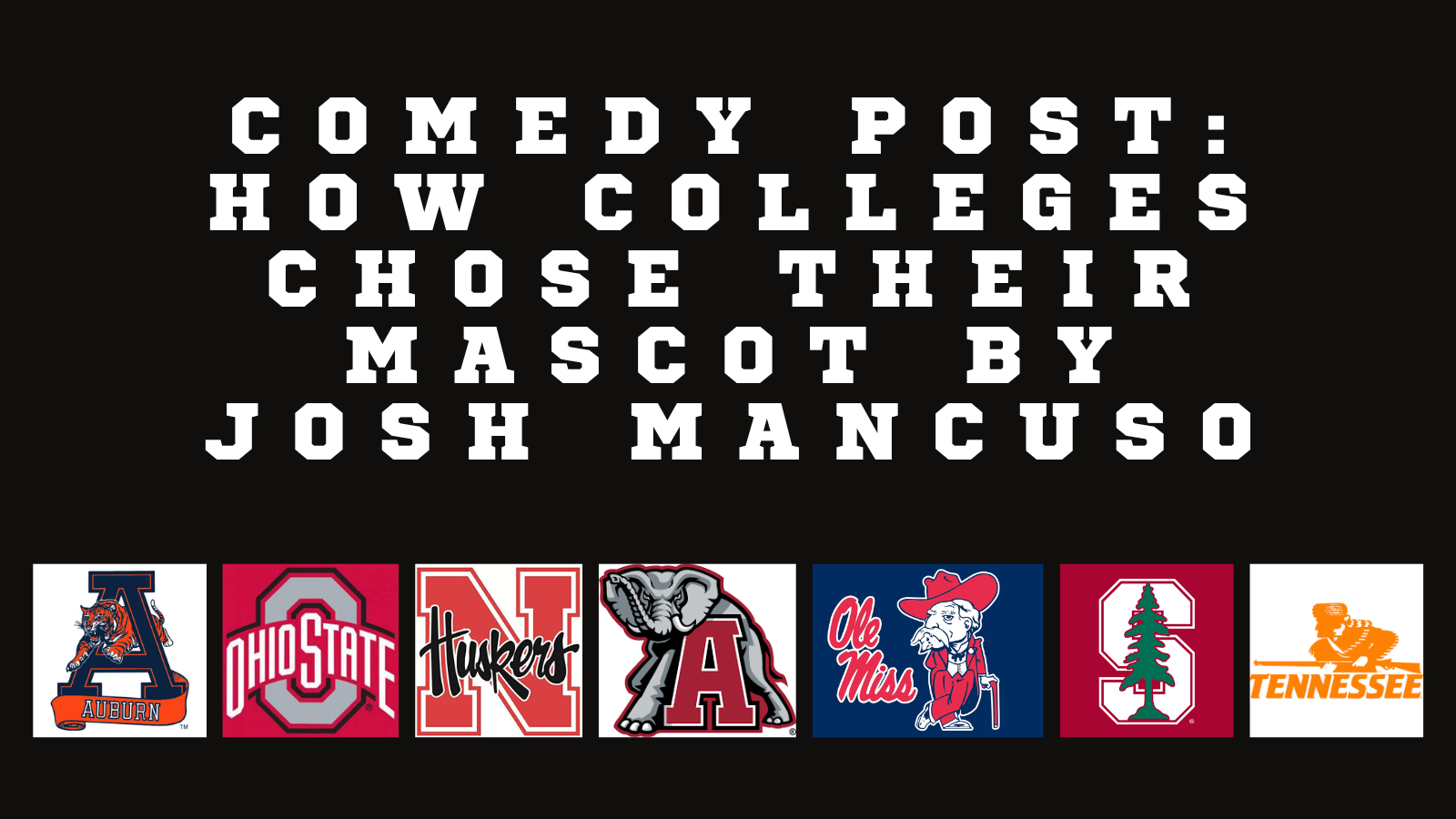 I am going to start off this article with…this is not news related…this is not local…but if you need some laughs in your life right now and enjoy college sports…maybe this is an article for you.

Josh Mancuso (“Believer. Actor. Filmmaker. Comedian”…Twitter account: @joshmancuso) has been putting these “How schools / colleges chose their mascot” video clips online for a little while now and I have been loving all of these skits. After his latest video (about the Tennessee Volunteers) I thought I would write up a post for the readers of The Observer.

Below is a collection of the videos Josh has published online…just click the play button on each post to watch these skits for each school completed to date:

After the latest video I made a request (via Twitter from my personal account) that Josh consider doing one of these for Maryland:

If Josh makes one for Maryland Terrapins…I will be sure to update and repost this article to the followers of The Observer.

Have other schools you think would make for great skits…let me know in the comments (in the article or on social media).