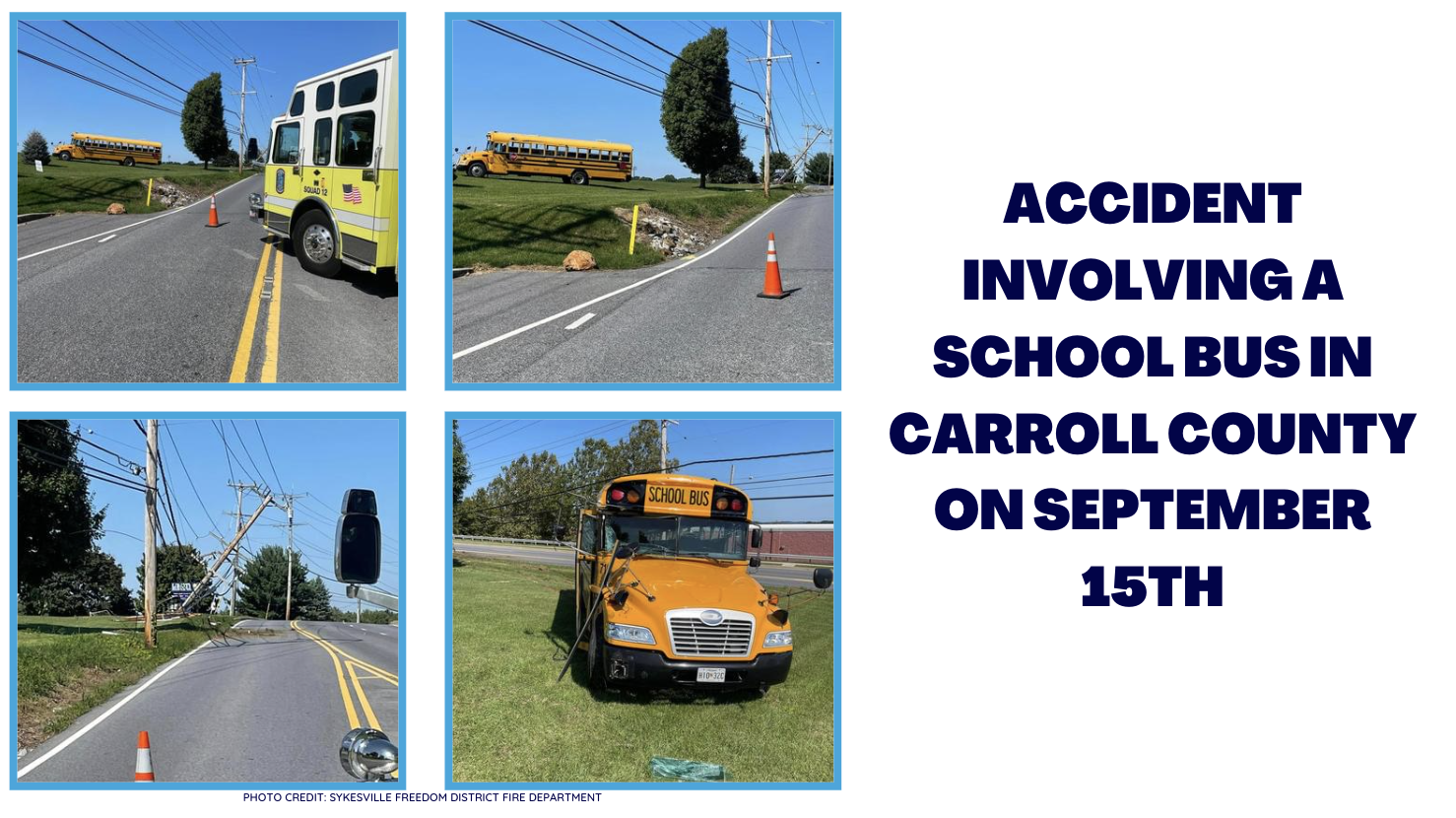 The following was reported by the Sykesville Freedom District Fire Department on September 15th:

Just after 2:15 pm Station 12 units were alerted for accident on Route 32 in the area of Bartholow for an accident involving a school Bus. Rescue Squad 12, Duty 12 and Medic 129 responded shortly after dispatch.

While enroute Carroll communications advised that they were receiving reports of wires down as well. Duty 12 arrived to find a bus off the road and power pole broken in half. Crews immediately verified there were no children on the bus and no other vehicles involved. Medic 129 checked the occupants of the bus and determined no other injuries. Units remained in scene for approximately 45 minutes to help police with traffic control before returning to service.

Here is the area of the incident: (between Zumbrun Funeral Home and the Liberty High School fields) 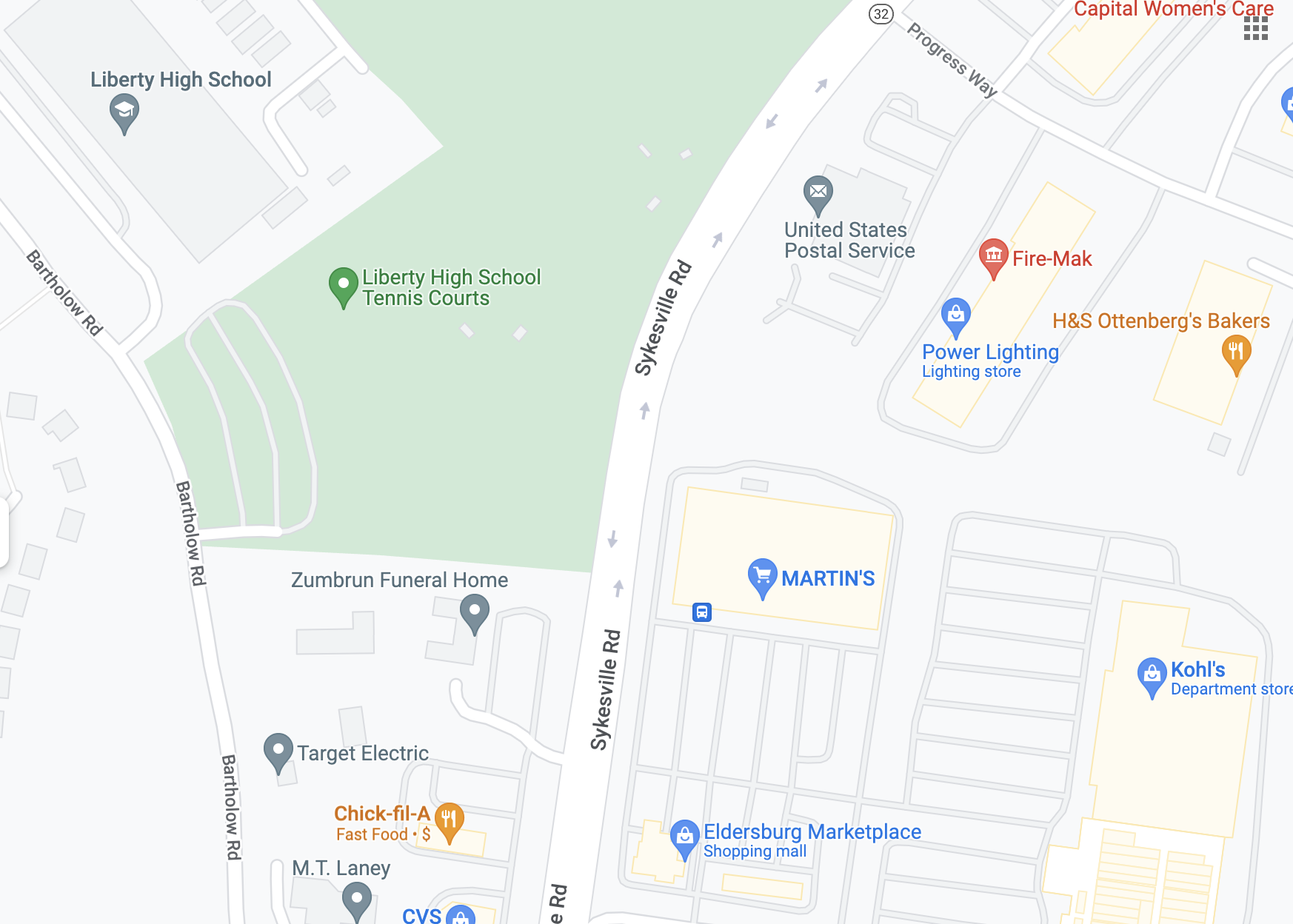 Updates from WBAL and WJZ:

A Carroll County School bus driver was arrested under suspicion of driving under the influence after she crashed yesterday afternoon in Eldersburg, police said. https://t.co/21VgNtBrU6

This appears to be videos after the accident (publicly shared on Facebook).

The Observer will keep an eye out for additional information as it is released to the public from the School System or Maryland State Police Department.