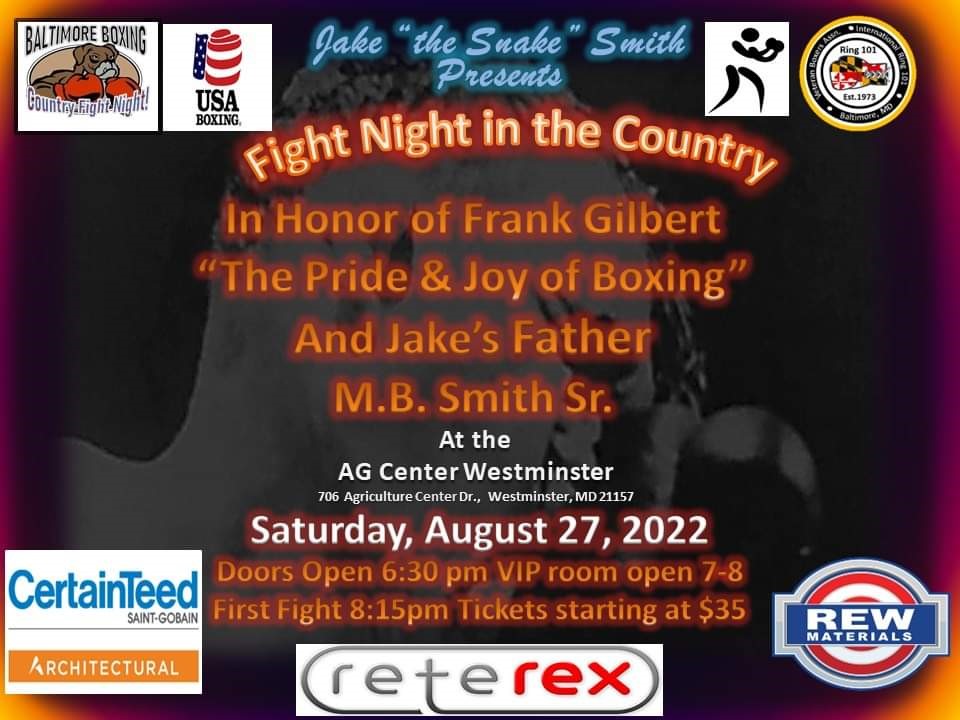 The card will feature 12 Olympic style boxing matches and tickets from $35 are on sale now at Baltimoreboxing.com/tickets.

Popular radio personality Kirk McEwen from 98 Rock will serve as the ring announcer. Doors open at 6:30 and the first fight is scheduled for 8:15.

All fans are encouraged to wear country-themed attire on fight night. Baltimore Boxing will present special prizes to the attendees with the best outfits.

The Father of Jake Smith, Murray Smith Sr. was a longtime event promoter who was well known throughout the Maryland, DC and Virginia. He was a huge supporter of Jake’s career, first as a boxer and later as a promoter. Smith Sr. passed away in 2013 at age 72 following a long battle with cancer.

Gilbert served as a mentor to Smith and was a trainer at the Loch Raven Boxing Club for many years. He also ran the Ring 101 International Veterans Boxing Association. Gilbert passed on March 12, 2018.

“I’m happy to be back in Westminster,” said Smith, who promoted hundreds of pro and amateur boxing shows in the state of Maryland. “August 27 is going to be a fun event with the Westminster country theme. It’ll also be emotional as we honor my late father, Murray Sr., and Mr. Frank Gilbert. Both had huge roles in my life in and out of boxing. I look forward to seeing everybody in a few weeks.”