Update 5:33pm on July 25th: The Observer was sent screenshots of the original Facebook post made by Reese & Community Volunteer Fire Company on Facebook detailing the incident (see below)

Update 9:29am on July 25th: The Observer reached out to the Carroll County State’s Attorney’s office to obtain additional information. We received the following response:

“We review all matters and if it is a pending case we can not comment.”

Of note: They would not comment at this time on the case. So maybe this is still pending and an ongoing investigation.

Just something to keep in mind.

The Observer will continue to follow up on this in the future.

The Maryland State Police has issued the following press release about the alleged attempted kidnapping of a 2 year old at the Reese Fire Company Carnival on July 22nd: 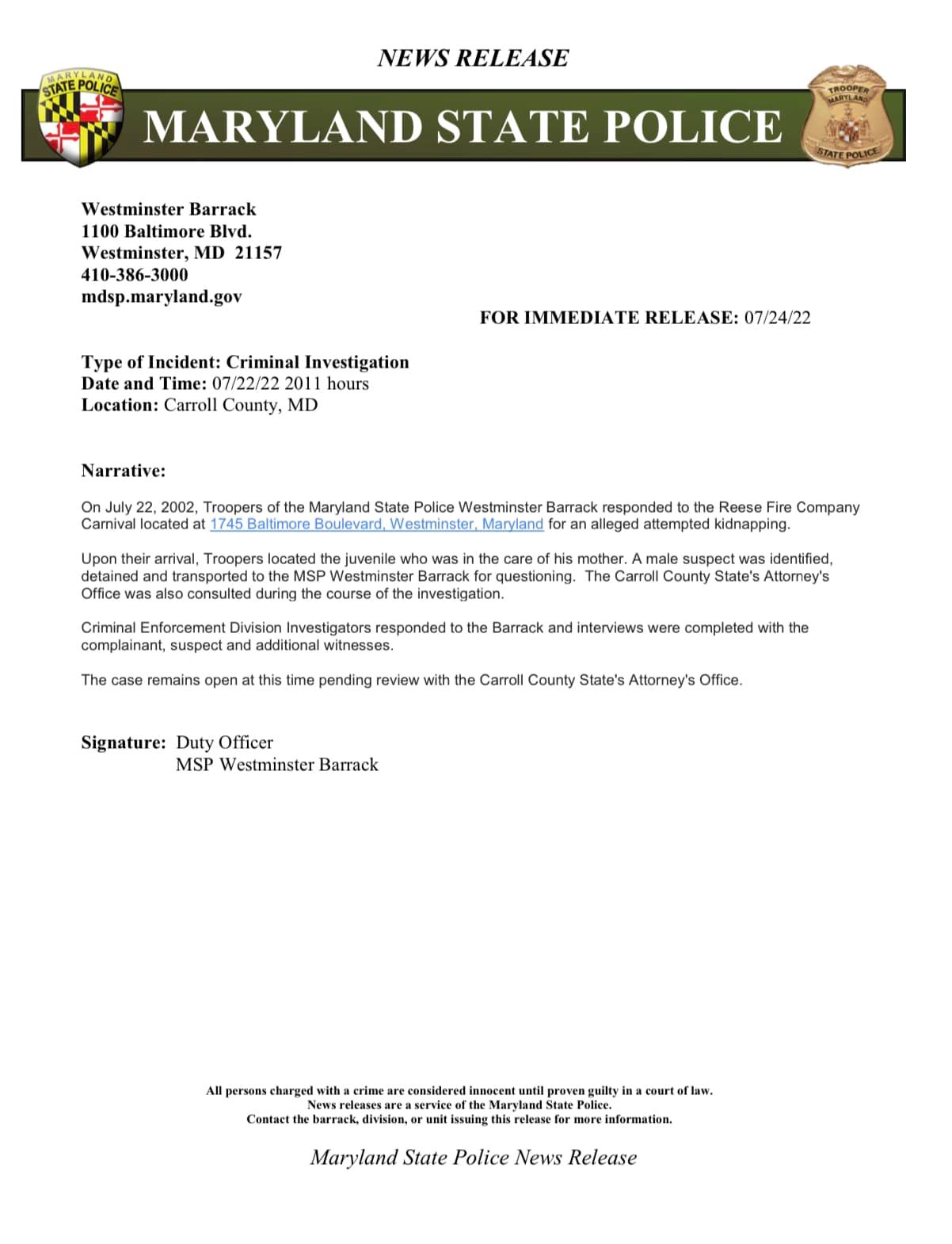 A couple of odd things here:

The Reese & Community Volunteer Fire Company has deleted their original Facebook post about the incident that outlined what happened: HERE 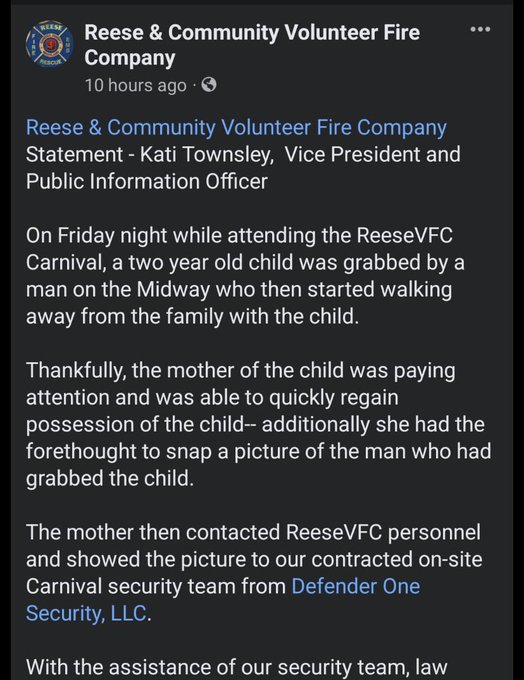 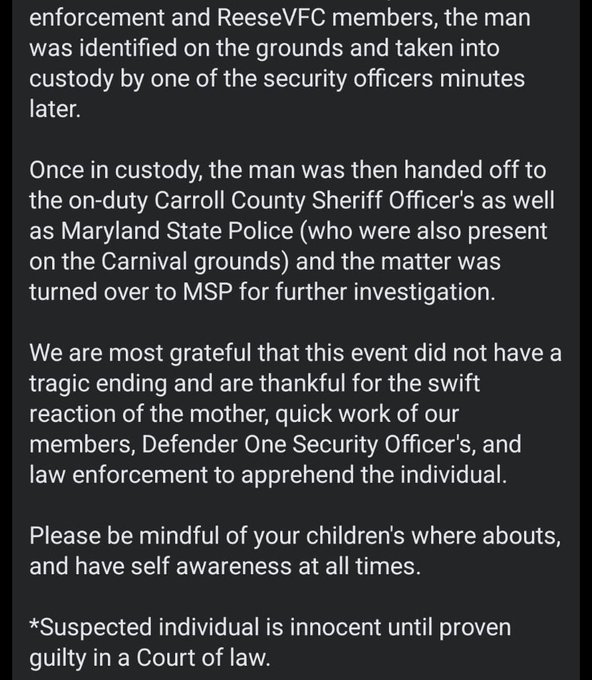 The Maryland State Police has not published this release on their News Release section of their website as of this morning: https://news.maryland.gov/msp/press-releases/

The Observer has not seen any official public word from the Carroll County State’s Attorney’s office about the incident (after a review of the Facebook page and CCSA website).

If additional details are released The Observer will be sure to update the community.