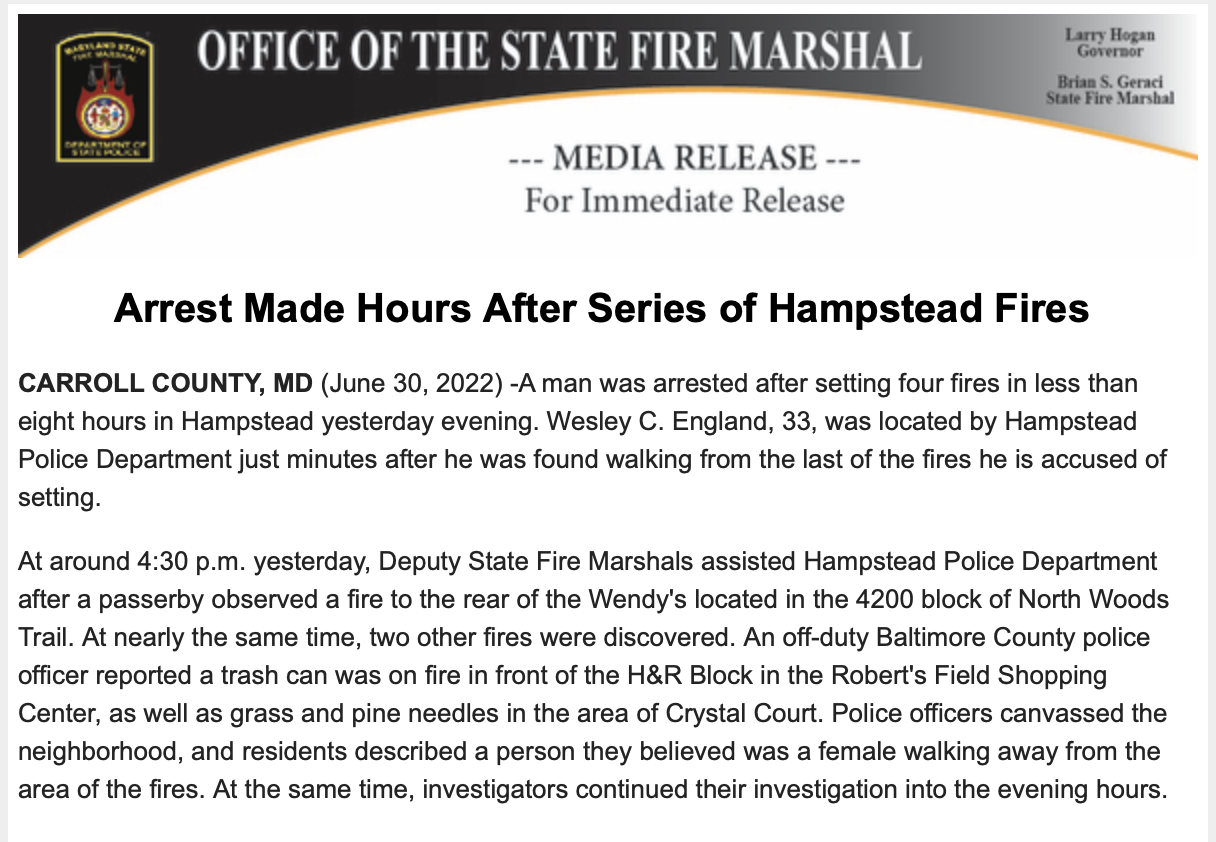 Information shared from Office of the Maryland State Fire Marshal on June 30th:

CARROLL COUNTY, MD (June 30, 2022) – A man was arrested after setting four fires in less than eight hours in Hampstead yesterday evening. Wesley C. England, 33, was located by Hampstead Police Department just minutes after he was found walking from the last of the fires he is accused of setting.

At around 4:30 p.m. yesterday, Deputy State Fire Marshals assisted Hampstead Police Department after a passerby observed a fire to the rear of the Wendy’s located in the 4200 block of North Woods Trail. At nearly the same time, two other fires were discovered. An off-duty Baltimore County police officer reported a trash can was on fire in front of the H&R Block in the Robert’s Field Shopping Center, as well as grass and pine needles in the area of Crystal Court. Police officers canvassed the neighborhood, and residents described a person they believed was a female walking away from the area of the fires. At the same time, investigators continued their investigation into the evening hours.

Just after 11:30 p.m., Hampstead Volunteer Fire Company responded to a camper trailer reported to be on fire in the 4600 block of Upper Beckleysville Road. It also was reported that a person went inside the home on the property without permission. Hampstead Police Department responded and observed England, who matched the earlier description in the area of Indian Court. When officers told England he was seen at the earlier fires, England admitted he had set all four fires. Investigators later concluded that the camper trailer was a total loss.

England is currently being held without bond at Carroll County Detention Center.