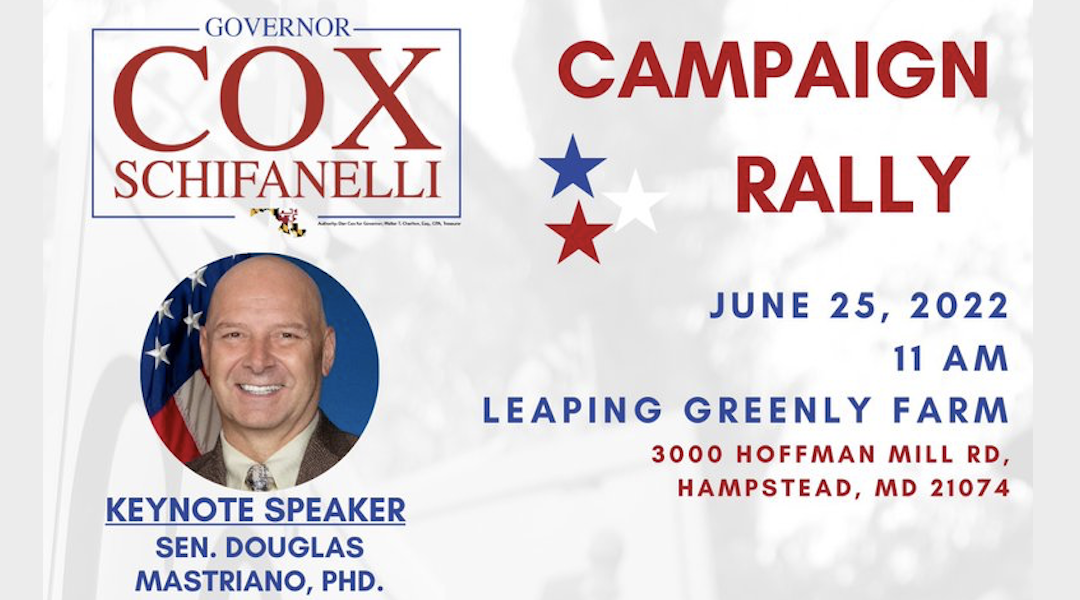 Sen. Doug Mastriano who recently won the Republican Primary for Governor in Pennsylvania will be coming to Carroll County (Hampstead) on June 25th at a rally for Dan Cox (Republican candidate for Governor in Maryland in 2022).

Other featured attendees at the June 25th event include: 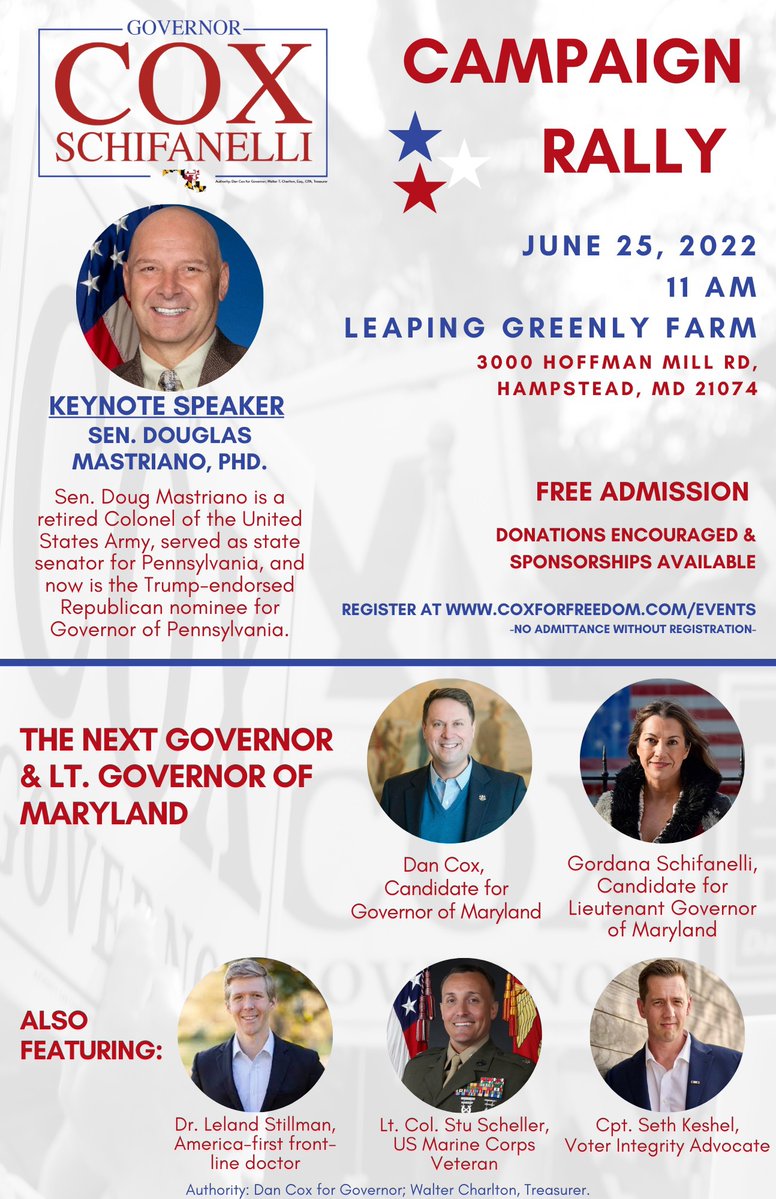 Here is a link with more information about the event: https://www.coxforfreedom.com/events/dan-cox-for-governor-freedom-rally

Here is a video promo for the event:

Pennsylvania state Sen. Doug Mastriano told Newsmax on Thursday that he was "thrilled" to receive an endorsement from former President Donald Trump just days before he won the state's Republican gubernatorial primary.https://t.co/jRUuQruiZL

Former President Trump is boasting a pretty significant win record (85 – 3) for endorsements during the 2022 primaries across the country: (image via post on Truth social media) 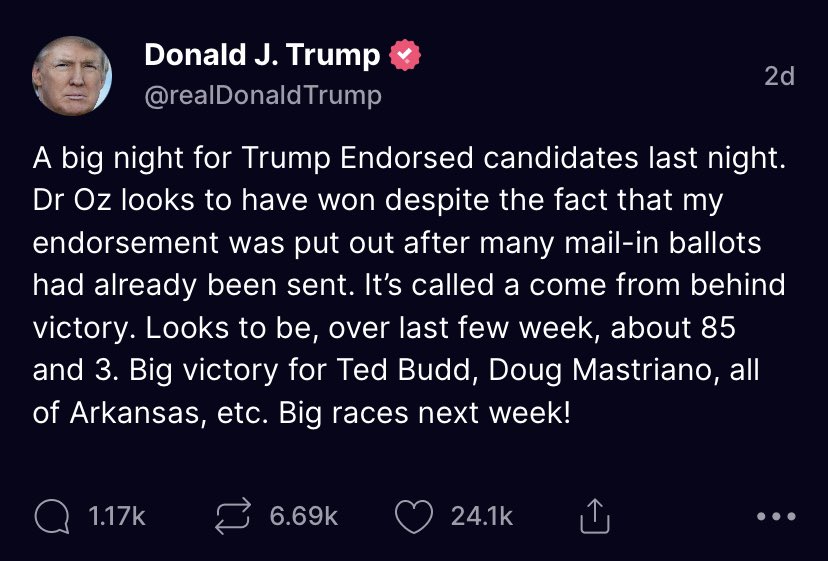