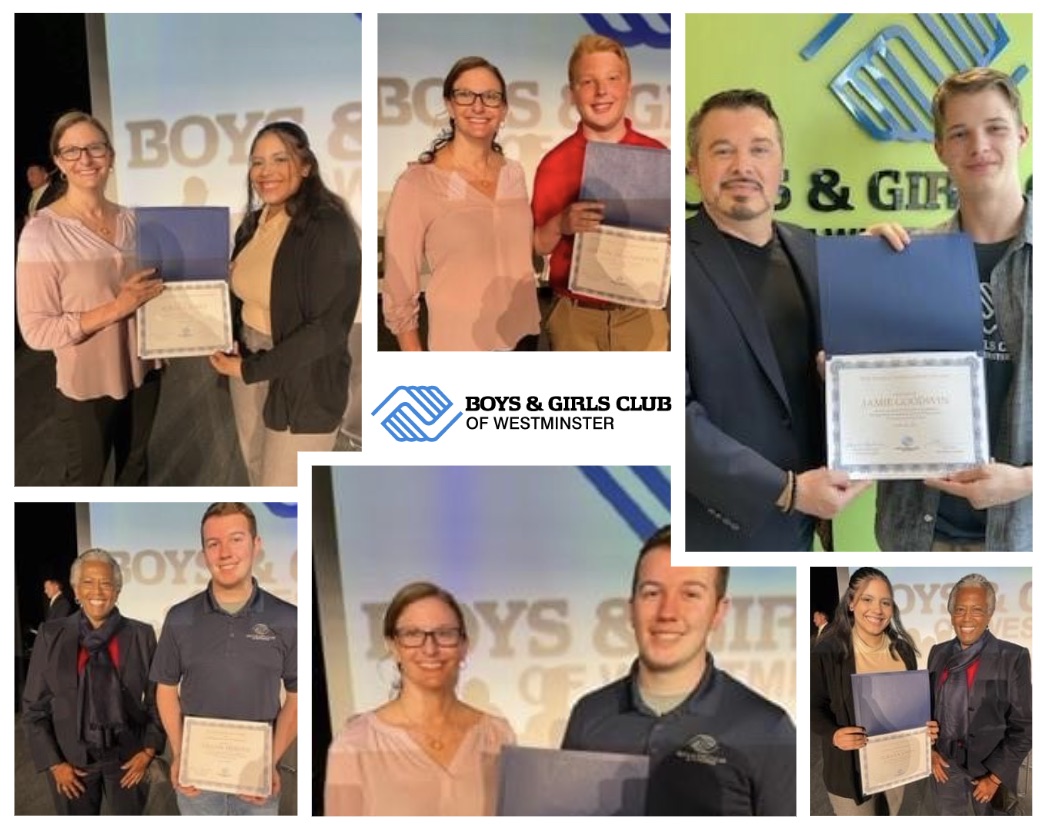 Boys & Girls Club of Westminster (BGCW) awarded scholarships to their graduating seniors. To qualify for a scholarship, youth must be an active member of the Club, demonstrate leadership and have a satisfactory academic record. BGCW awarded the following scholarships: 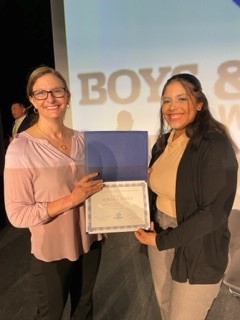 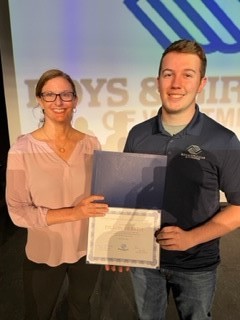 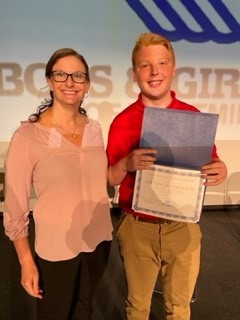 W&P Scholarship – awarded by Boys & Girls Club of Westminster thru the sponsorship of a generous donor. Presented by Virginia Harrison, this scholarships honors club members who show a commitment to hard work and perseverance. Youth must demonstrate exemplary character and leadership through service learning and contributions to the Boys & Girls Club of Westminster and the community-at-large.  This scholarship is renewable for 1 year and covers college or vocational training. 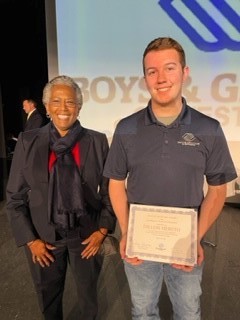 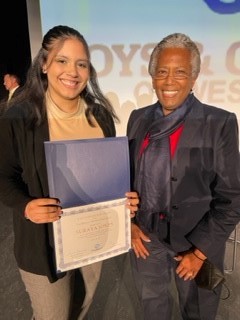 The TomKat Scholarship – awarded by Mr. Tom Gordon and Ms. Kate Carter. This scholarship recognizes a youth who demonstrates resilience in the face of challenge.

William “Jamie” Goodwin received $3,378 to fund vocational training. Mr. Gordon and Ms. Carter surprised the Club with this scholarship because they believe in the Club’s mission and thought Jamie was extremely deserving of a scholarship! 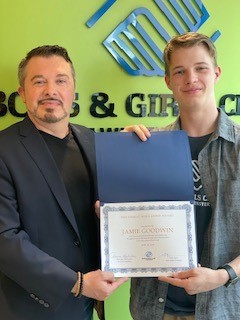