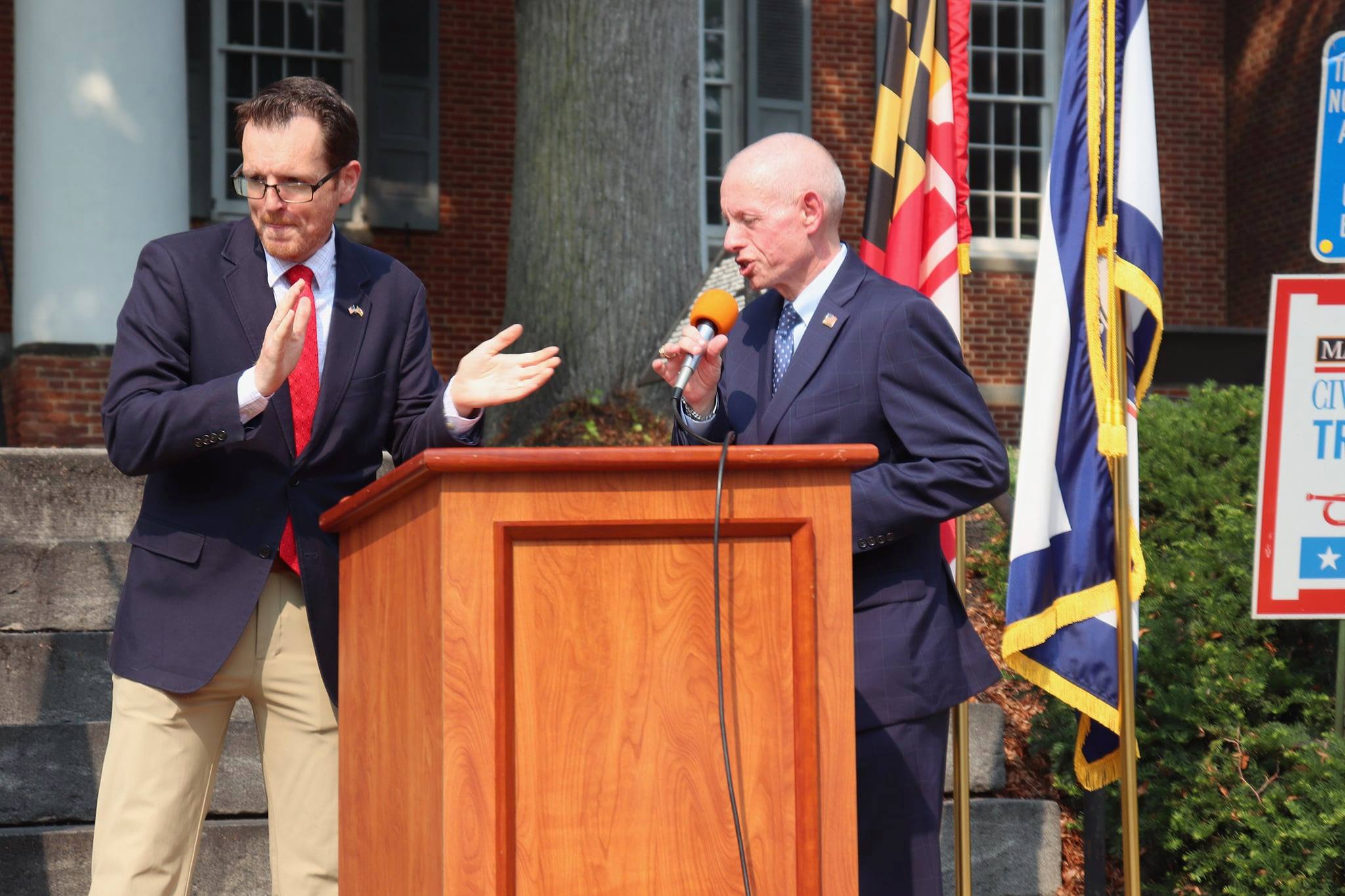 In a recent post from Maryland State Senator Justin Ready:

Congressman Raskin should stay in his own lane. He is a United States Congressman, and at a time when inflation is running rampant, gas prices are at record highs, and the Democrats in Washington have everything completely fouled up, shouldn’t he be more concerned about cleaning up the messes he and Biden have made than attacking and mischaracterizing the flag policy of the Carroll County School Board?

If you want to see how politics has played a role in this issue…look no further than current Maryland State Senator Katie Hester. An elected official currently representing a part of southern Carroll County…who has been redistricted not to represent this area at all (and voted for that change)..who has said nothing about this new flag policy throughout the process.

But now has jumped on the band wagon of reading a misleading headlines from entities looking for page clicks and here is her comment on social media:

Banning the Pride flag runs counter to our state’s core values of tolerance and inclusion. I am disappointed by the decision of the Carroll County Board of Education — especially during Pride month — and hope that they will swiftly reconsider.

My guess is that Senator Hester knows little about the background or the actual issue of why this happened (based on all her comments about it prior to the decision)…but this felt like a good “jump on board” moment to get MONEY and VOTES in an election year.

Had Maryland State Senator Hester come testified before the Board of Education…or even posted her stance on the issue on social media prior to this decision being made…I would have understood her statement. But to hop on at the end when others did while doing NOTHING while it happened…in her current district…that is pure politics in an election year.

This folks…this is why people dislike politics.

Again…I mentioned my opinion at the beginning and stand by that this morning. I am sure a great number of people will either agree with me or disagree with me today.

Have comments on what elected officials are posting on social media or this new policy for CCPS….

Let me know in the comments.