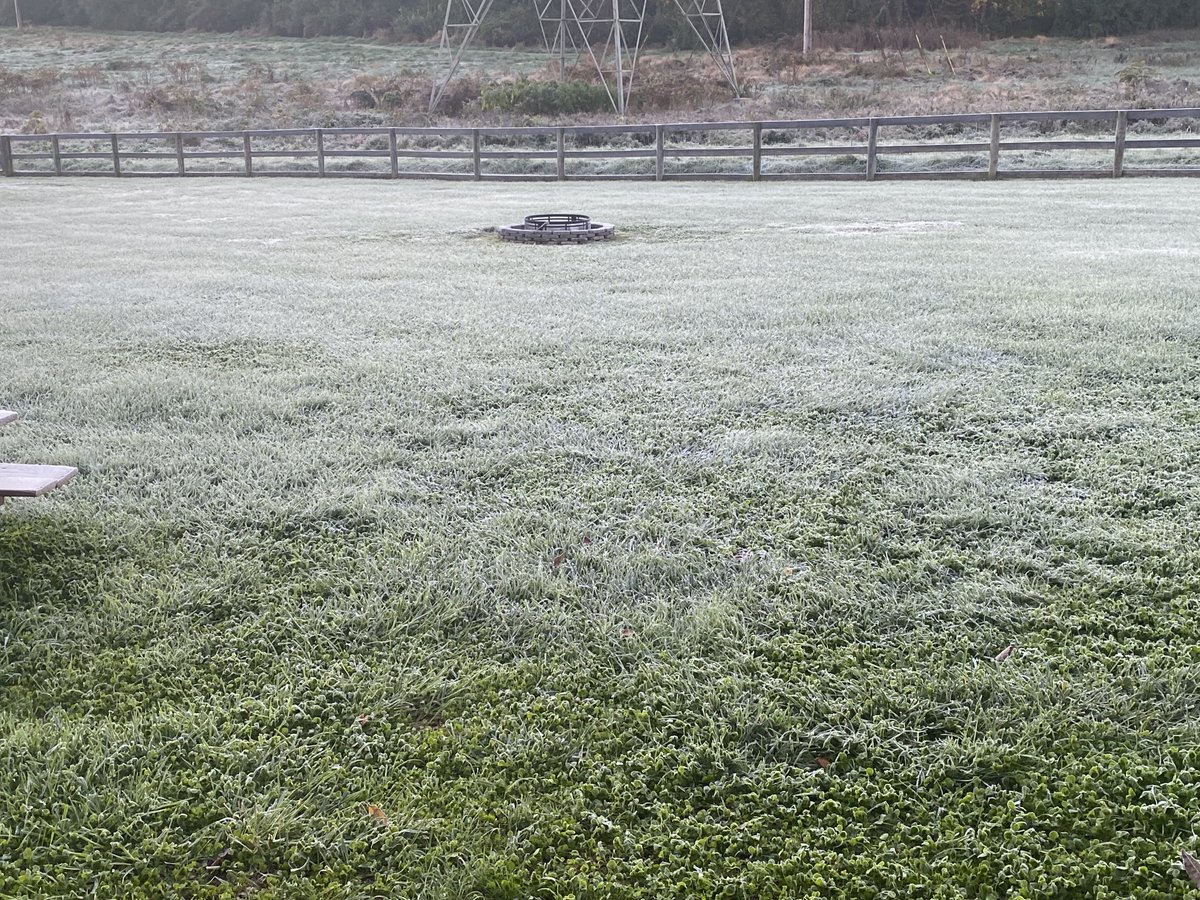 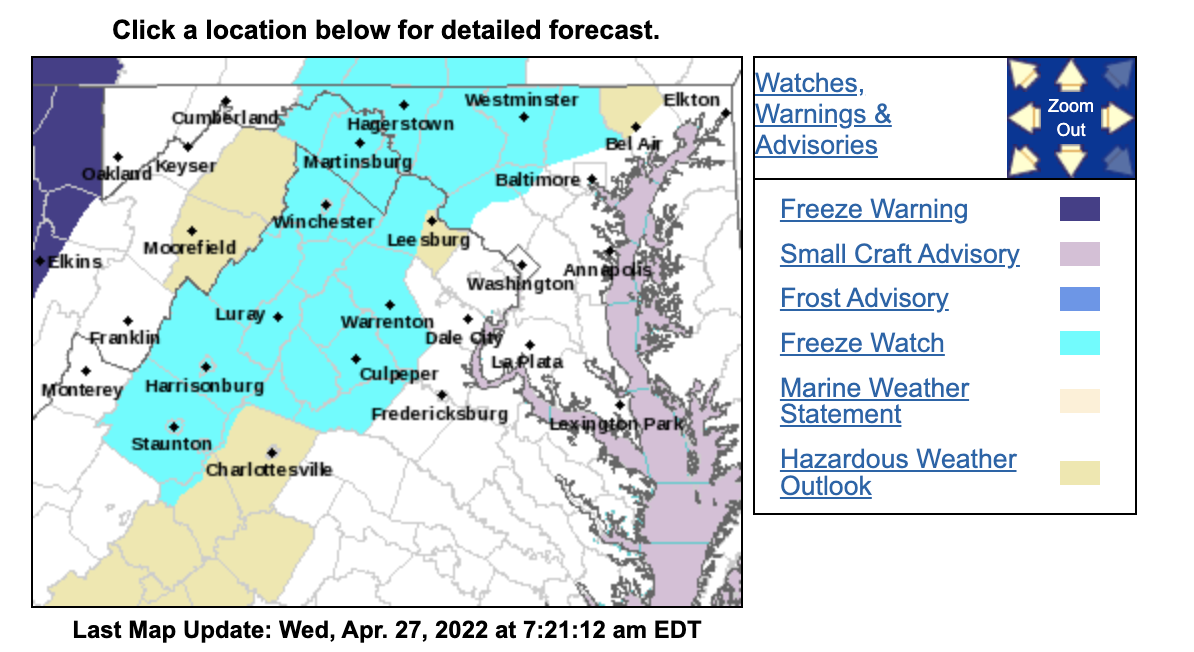 * WHAT…Sub-freezing temperatures of 30 to 32 degrees are
possible.

* WHERE…Portions of north central Maryland, the Shenandoah Valley and north central Virginia foothills and the panhandle of West Virginia.

Take steps now to protect tender plants from the cold. To prevent freezing and possible bursting of outdoor water pipes they should be wrapped, drained, or allowed to drip slowly. Those that have in-ground sprinkler systems should drain them and cover above-ground pipes to protect them from freezing.

Here is a look at the detailed forecast for the next few days:

Tonight: A chance of sprinkles before 8pm. Mostly cloudy, then gradually becoming mostly clear, with a low around 31. Northwest wind 11 to 16 mph, with gusts as high as 25 mph.

Thursday Night: Mostly clear, with a low around 34. Northwest wind around 9 mph.

Friday Night: Mostly clear, with a low around 36.