Just before noon on 4/22, your Sykesville Freedom District Fire Department was alerted for a vehicle collision involving a motorcycle in the area of West Hemlock Dr and Liberty Road.

Sykesville’s Engine 123 and Rescue Squad 12, with 6 volunteers, and Medic 128, staffed by our paid personnel, quickly responded.

Units arrived on scene to find a 3 vehicle collision with a motorcycle involved. Crews found a single patient on scene.

While crews were still on scene of the accident, Carroll County dispatch advised units they were taking another call for an additional accident on West Hemlock Drive in front of the library involving a tractor trailer leaking diesel fuel.

Once the patient was loaded into Medic 128, Lieutenant 12-4 was able to walk over from the initial accident scene and assess the situation.

Lt. 12-4, along with Engine 131 and Hazmat 30 from Gamber & Community Fire Company, was able to stop the leak and placed absorbent to prevent any further spread of the fuel.

The Sykesville Fire Department relies on volunteers to carry out our mission to protect the community. If you want to help your community join our team. Click the link below and fill out the application. 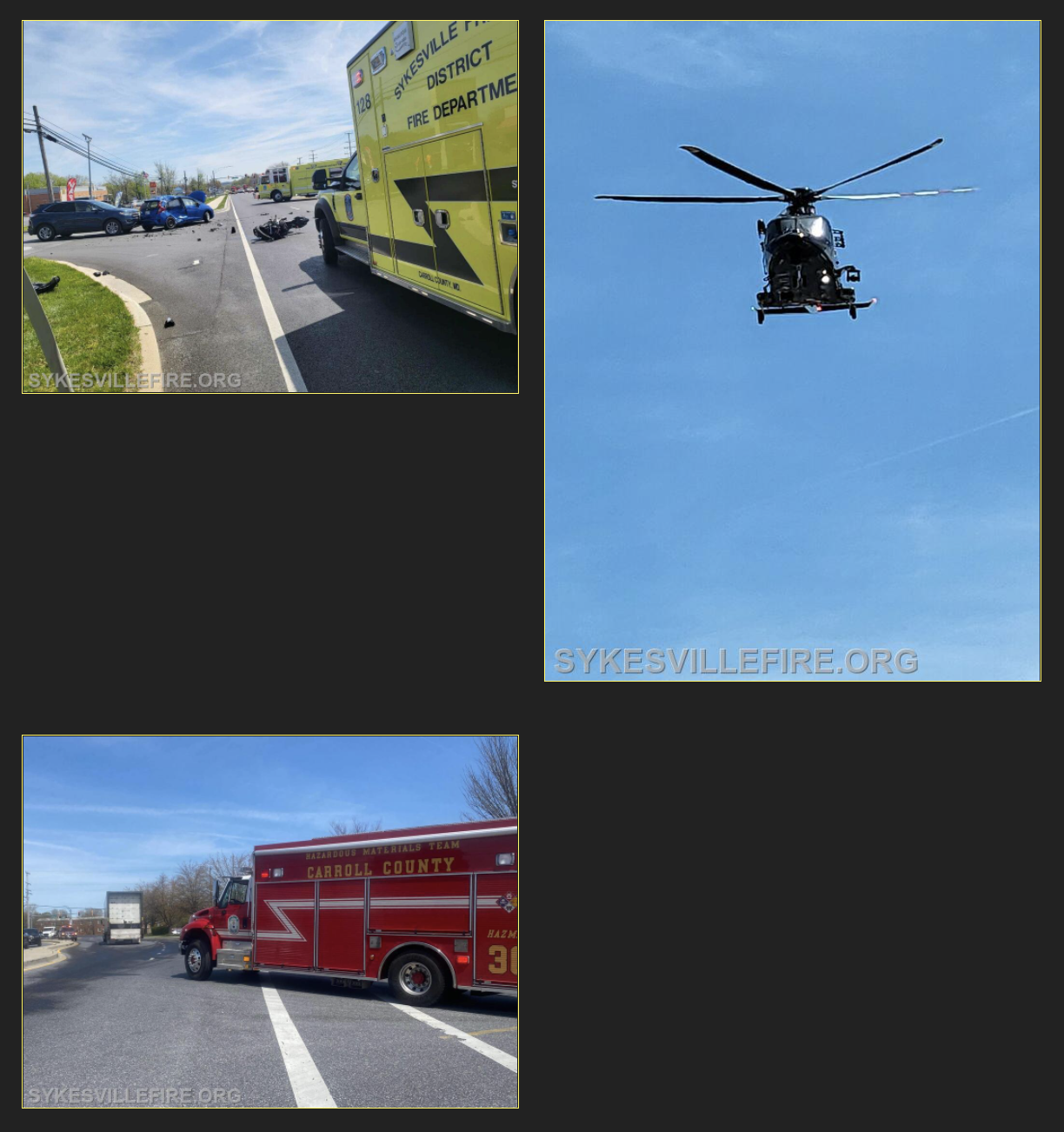