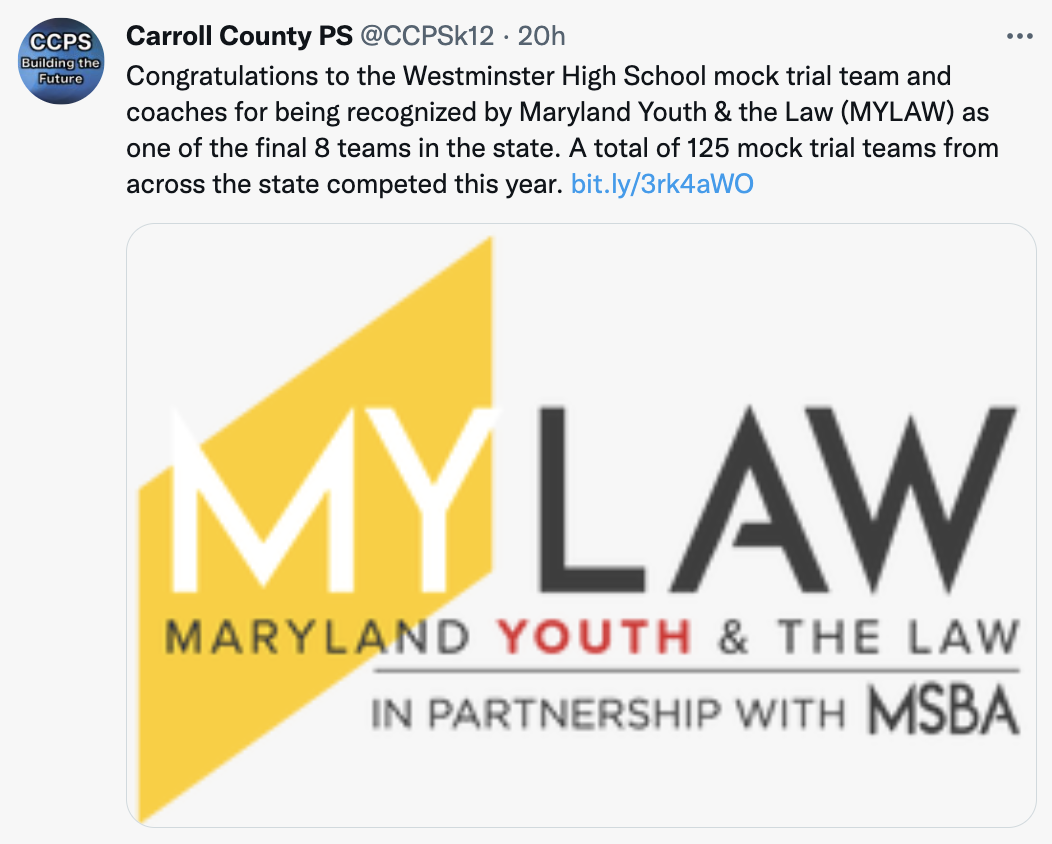 Carroll County Public Schools partnered with local courts, judges, attorneys, and Maryland Youth and the Law (MYLAW) to bring the mock trial program to students in 2016. At the center of each year’s competition is a new legal case – either civil or criminal in nature – that challenges students to think critically about timely issues. Acting as attorneys and witnesses, students portray defense or plaintiff/prosecution and are scored on their performances by judges or attorneys.

Congratulations to the Westminster High School mock trial team and coaches for being recognized by Maryland Youth & the Law (MYLAW) as one of the final 8 teams in the state. A total of 125 mock trial teams from across the state competed this year. https://t.co/zR8dNHOLn0 pic.twitter.com/x37kJym1vx